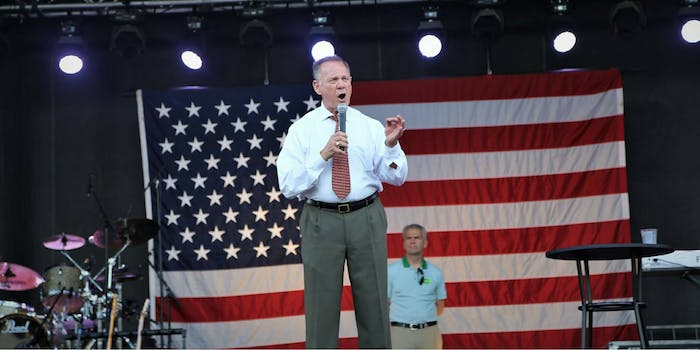 Women are expected to speak on the candidate's 'upstanding character.'

Despite women coming forward over the past two weeks to accuse Republican Alabama Senate candidate Roy Moore of romantically pursuing or sexually assaulting them as teenagers, Moore still appears to have the support some women. And those women are reportedly going so far as to speak highly about his character at a Friday press conference.

According to a Facebook post shared by Kayla Moore, the candidate’s wife, a “Women For Moore” press conference is scheduled for 10:30a.m. today outside of the Alabama Capitol building.

“Join women from the state of Alabama who know Judge Roy Moore and have the courage to stand with him and his family against salacious accusations of s*xual misconduct,” the invitation reads.

Only a handful of women have commented on the post to say Moore has their support; as of Friday morning, more than half of the 15 comments were made by men or people outside of Alabama.

“The women who will be speaking in support of Judge Roy Moore can and will attest to his upstanding character,” the notice continues.

Since Nov. 9, eight women have said that Moore romantically pursued them or sexually assaulted them in the 1970s and 1980s. At the time of these claims, the women were between the ages of 14 and into their early 20s, and Moore was in his 30s. Moore has since denied all the allegations, accusing the Washington Post, the outlet that ran the first story against him, of leading a smear campaign with the goal of making him lose his December special election.