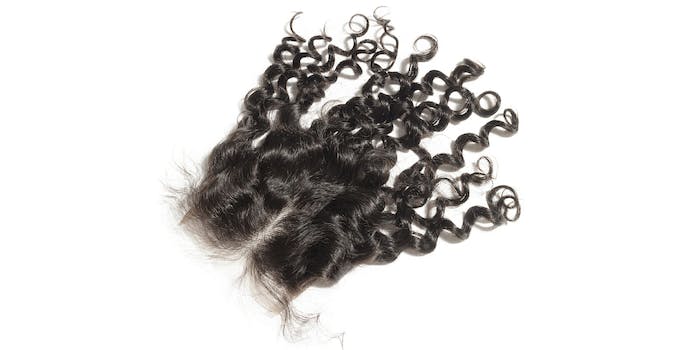 A 54-year-old woman said her wig was stolen and burned during a roadside picnic, leading to the arrest of a 26-year-old woman in Georgia’s Bibb County.

Angie Smith claims she was “minding her own business” at a picnic on May 4 in Macon, Georgia, when another woman named Brittany L. Huff walked up to her, took her blonde-and-black wig away, and set it on fire with a lighter. Smith claims Huff stole the wig after the 26-year-old kept saying “your wig sho’ ugly, your wig sho’ ugly,” according to the Telegraph.

“I said ‘Leave me alone, Brittany,'” Smith said. “I said, ‘You did not buy this wig.’ And she just took it off my head and grabbed it and burnt it up.”

Smith claims the wig cost her $85, and when a Bibb County sheriff’s deputy arrived, he found evidence suggesting Huff burned the wig.

“While interviewing Miss Huff, I observed a burned [hair] piece that appeared to have been a wig lying on the ground,” the deputy’s report said. “Miss Huff advised once again that she did not burn the wig.”

Huff was arrested and charged with criminal trespassing, and Smith’s burned wig remains with the sheriff’s department as evidence.