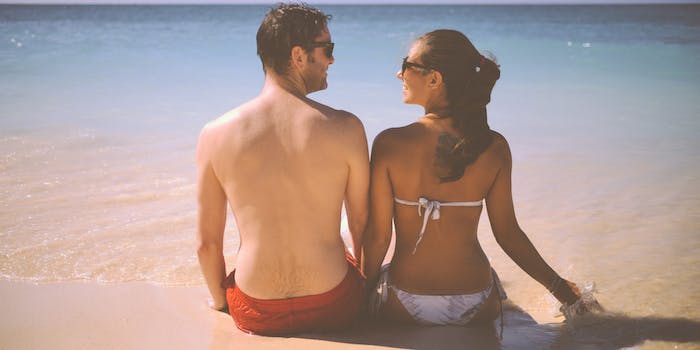 Not all relationships are toxic.

First dates can often feel like an endurance marathon between the awkward OKCupid IMs, the haphazard planning, and the two to six hours cramped in a booth, asking one another your life stories. Is this really how healthy, long-term relationships are created? Perhaps so.

It’s one thing to have chemistry with someone, and another to have a happy, communicative relationship. These days, more and more Americans are becoming familiar with the red flags behind toxic relationships, but it can be hard to know what a healthy relationship looks like without some experience. So what is it like to have a supportive and affirming connection with another person?

What is a healthy relationship?

In a nutshell, a healthy relationship is a romantic partnership between two (or more) people based on mutual communication, autonomy, respect, and love. Loveisrespect.org stresses that, for a relationship to be healthy, couples need to “understand each other’s needs and expectations,” which includes everything from being supportive to compromising on important issues.

Power serves an important role in a relationship, too. While there may be some slight social and financial imbalances in a healthy relationship—such as a man dating a woman, or a middle-class woman dating a working-class woman—both partners are generally equal to one another and face no coercion in the relationship. That means each person is independent from their partner, and if one partner says “no” to something, they will be respected.

“Possessiveness, insults, jealous accusations, yelling, humiliation, pulling hair, pushing or other abusive behaviors are—at their root—exertions of power and control,” Loveisrespect.org notes. “Remember that abuse is always a choice and you deserve to be respected. There is no excuse for abuse of any kind.”

In comparison, healthy relationships encourage cooperation and ongoing communication. Each partner should be able to open up about their problems and expect to be listened to and treated fairly. Coercion is never a problem, and partners feel like they can leave the relationship at any time if they need to. But when that autonomy and respect is missing, that’s when a relationship turns unhealthy.

Can healthy relationships have some unhealthy aspects?

Yes. In many relationships, partners bring past trauma to the table, which can cause conflict to spiral into hurtful or uncomfortable areas. But as long as each partner is working on improving themselves, unhealthy habits can be put to rest.

Think of this in terms of sex. In Teen Vogue’s 101 guide on navigating consent, Zhana Vrangalova points out that enthusiastic consent (and the sexual boundaries it entails) are learned, not implicitly understood. That means sexual partners occasionally cross a line. But as long as the offender is willing to apologize and improve, and both partners can communicate about it, then that unhealthy moment can become a launchpad for healthy growth.

“Keep in mind that no one was born knowing how to negotiate these situations,” Vrangalova warns. “We’re all always learning and improving, and making mistakes. When you screw up, make amends (as much as possible), then learn from your mistakes and don’t repeat them.”

How to have a healthy relationship

If you want to have a healthy relationship, then you’re going to have to talk about your emotions, needs, and feelings. Oh, and you have to be honest, too.

Communication is the cornerstone of a healthy relationship. It’s central to everything about love. When couples have open and ongoing dialogue with one another, it encourages intimacy and shuts down passive-aggression. This means both partners walk away understanding each other better and connecting with one another.

To communicate effectively, Victoria’s Better Health program recommends setting aside private time to talk, communicating clearly and directly, owning responsibility for one’s own emotions, and talking about problems by using “I” statements, like “I feel like we don’t get enough alone time together,” so you don’t sound accusatory.

But couples can’t just talk at each other. They need to listen to one another. When your partner is speaking, figure out their needs, desires, and emotions. And when it’s your turn to speak, ask for the same undivided attention. Partners who won’t actively listen to each other will only hurt their relationship in the long run.

Respect each others’ boundaries

Healthy relationships respect boundaries, even when they’re inconvenient. In a healthy relationship, couples don’t just communicate their needs, they also have the right to say “no.” Whether that means a girlfriend can refuse to have sex with her boyfriend if she’s feeling sick, or that a boyfriend who doesn’t want to watch baseball isn’t pressured by his boyfriend to going to a game, big and small boundaries should be honored.

Relationship therapist Bridget Levy stresses that boundaries should be specific and directly communicated between partners. In a post for PsychCentral, she also encourages couples to use “I” statements, as they “help you own your own feelings and allow your partner to feel more at ease and less defensive.”