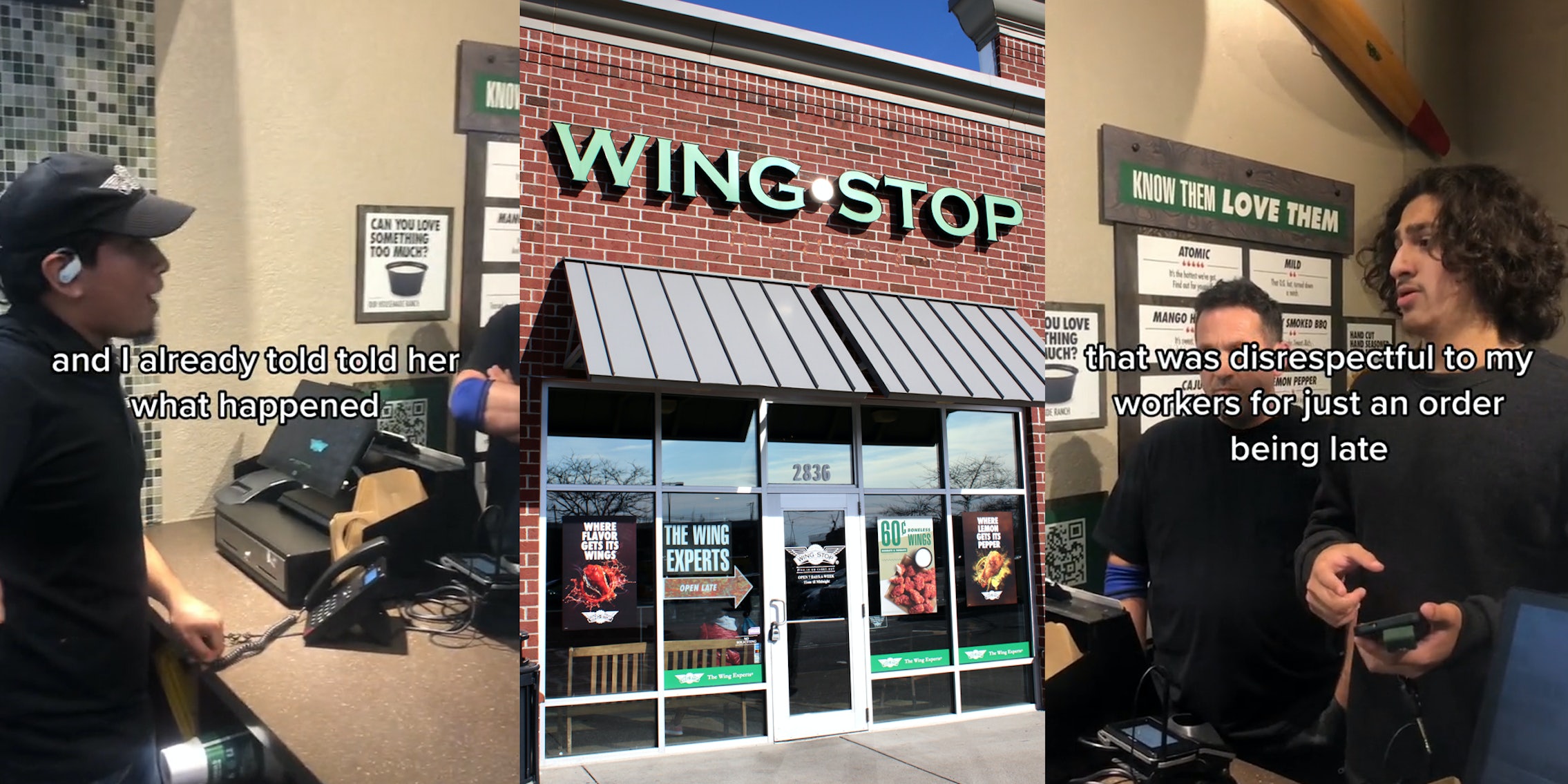 ‘I have the right to deny somebody that was disrespectful to my workers’: Wingstop manager defends employees after DoorDash driver allegedly yelled at them

'DoorDashers don’t understand their order comes in 10min before they arrive and they be getting mad when its not ready.'

An altercation between a Wingstop manager and a DoorDash driver went viral on TikTok, with many viewers praising the manager for defending his employees.

The video was uploaded by user Terrell Cyrus (@thebadguuy), a Wingstop employee who recorded his manager going off on a DoorDash driver. The manager claims the delivery driver was yelling at a cashier over an order that was late. He then suggests the driver call DoorDash support to resolve his issue, as he had already tried calling them himself.

“I have the right to deny somebody that was disrespectful to my workers for just an order being late,” the manager says.

“Well, the order wasn’t just late. Y’all didn’t even have the order,” the driver responds.

After they repeatedly argued about whether or not Wingstop had received the DoorDash order, the manager says he’s refusing to give the food to the driver. He then claims that the customer who placed the order is blacklisted and can no longer order from that location.

Cyrus vents out his anger in the caption. “I’m stoppin’ bags and I don’t need a red octagon,” he said. “This men with the mean face came inside rude 3 times fix your face.”

The video amassed over 739,000 views as of Tuesday, with many viewers praising the manager for defending his employees.

“Very hard to find managers that will stand up for their employees. Prop to this guy,” one viewer complimented.

“I appreciate this manager he stood up for his employees that’s awesome customers don’t have the right to do what they want,” a second praised.

“This makes me happy that they stood up to their employees I worked in fast food for 3 years and the amount of disrespect I went though was insane,” a third commented.

Others were confused about the delivery driver’s issue.

“Man just not listening. The situation has been resolved. Customers love to play manager at places they don’t work,” one person wrote.

“No literally door dashers don’t understand their order comes in 10min before they arrive and they be getting mad when its not ready,” a second said.

“idk why they trippin, I’d rather my order be “late” rather than it being ready when I get there bc who knows how long it’s been sitting. rather it fresh,” a third commented.

“bro half the time the order isn’t even started just put it in the app and you’re good. no need to be disrespectful to anyone,” a fourth stated.

The Daily Dot reached out to Cyrus via TikTok comment and both DoorDash and Wingstop via email.