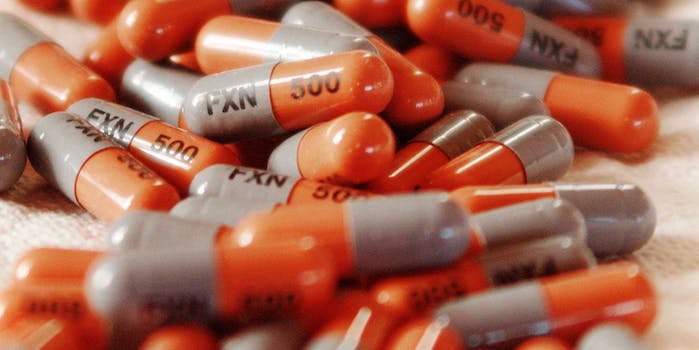 Does Wikipedia need a medical disclaimer?

Some Wikipedians wonder if the site should do more to warn users about the quality of the advice they’re receiving.

We all know the shortcomings of Wikipedia. The encyclopedia that anyone can edit is a frequent victim to hoaxes and trolls who litter it with misinformation that can sometime last as long as a half-decade. Most of us use it anyway.

But what if you rely on Wikipedia for medical advice? As Wikipedia exerts a growing influence on our common knowledge of medicine, some Wikipedians are wondering if the site should do more to warn users about the quality of the advice they’re receiving.

“I encounter people in real life who do not understand that Wikipedia articles are not necessarily ‘vetted’ in any way by experts, and medical content on Wikipedia may be written by JoeBloe your next-door neighbor,” writes SandyGeorgia, a prominent Wikipedia medical editor and one of a number of editors debating if the site should improve its medical disclaimer.

A review of scholarly research shows that it’s more than the general public relying on Wikipedia for medical advice. Conducted by researchers at the Université Laval in Quebec, the review found that 81 percent of younger medical students use Wikipedia in their research, while roughly 55 percent of more advanced students do. Another study showed that Wikipedia led search-engine results for information on rare diseases and generic drugs, leading the authors to conclude “the English Wikipedia is a prominent source of online health information.”

“In my medical school experience, Wikipedia’s anonymous editors have contributed more to my daily learning than peer-reviewed resources or textbooks ever have,” wrote Nathaniel P. Morris, a Harvard medical student, in a column for the Boston Globe in November.

Morris’s informal survey of 100 fellow second-year med students found that 89 of the doctors-in-training use Wikipedia as their first resource when faced with confusing medical concepts or terms. Seventy-nine of the surveyed students said they used the site “all the time.” And nearly half the respondents said they imagine themselves continuing to use the site for clinical information as practicing physicians.

As Morris explains it, Wikipedia isn’t their only research tool used. But when compared to academically vetted resources like UpToDate electronic medical databases, the information on Wikipedia is typically easier to browse and more plainly written. In his column, Morris implores the medical community to work with the site to improve the overall quality of its information.

It’s against this back drop that the debate has raged over whether medical articles on Wikipedia should come with a disclaimer.

The conversation began several days ago when the editors behind WikiProject Medicine issued a Request For Comment (RfC)—the Wikipedia equivalent of calling a town hall meeting for public comment—to seek input on the issue.The online encyclopedia already has a medical disclaimer. But it’s linked to at the bottom—not the top—of many medical articles. The lack of prominence means it typically gets viewed less than 100 times a day.

So far four options have been presented as a way to warn readers of potential medical misinformation.

The most strongly worded would appear in a red highlighted box: “Anyone can edit this article. Do not rely on it for medical advice,” it states. “Please help improve Wikipedia’s medical content using high-quality sources.” A less harsh version, highlighted in blue, would tell readers that “Wikipedia does not give medical advice. The information provided here is no substitute for the advice of a medical professional.”

The other options would either move the current disclaimer to the top, as a link without a boxed warning, or would add it only to draft articles that aren’t yet up to Wikipedia’s citation standards.

Support on the main discussion seems to be falling behind a more visible disclaimer, though the number of participants in the discussion has been small. Those opposed to the change say it would clutter screens for a redundant purpose and potentially do more harm than good.

“If these notices drive away editors and have no effect on readership/usage, then it could potentially result in overall harm,” writes James Heilman, a Wikipedian and emergency room doctor.

Those seeking to add a disclaimer face an uphill battle, the same one faced by any group trying to institute a site-wide policy change. Instituting such a fundamental change via RfC typically takes a clear, broad consensus across the site.

For its part, the Wikimedia Foundation is remaining neutral on the issue, agreeing to support continued debate.

“The outcome may be no outcome, but the Foundation recognizes that the conversation is happening,” Wikimedia spokesman Jay Walsh told the Daily Dot in an email.

However, supporters hope a change can be affected before a calamitous medical error is attributed to bad information originating from Wikipedia.

As one user put it: “To those who say that no real harm has ever come to anyone as a result of Wikipedia, why should we wait for an incident to happen?”