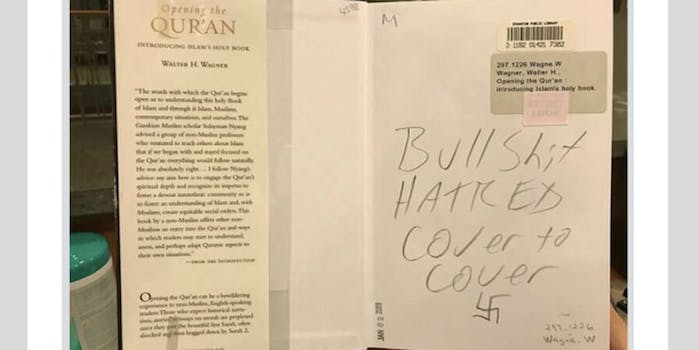 Attacks of hate are on the rise—and this Tumblr is keeping track.

The latest statistics from the Southern Poverty Law Center (SPLC) puts hate crime tallies at over 900 since Donald Trump was elected president. Media coverage of attacks on people of color, LGBTQ folks, Muslims, Jews, and other marginalized communities has faded some, but those numbers show the prevalence of violence and harassment in Trump’s America, and many people are afraid their safety and civil liberties will be at risk once Trump officially takes office.

Like the SPLC, community organizer Adam Powers is still keeping track. The transgender woman started her Tumblr , Why We’re Afraid, after the election, and it has become a running tally of personal stories, social media posts, and media clips of people who have ben harassed and attacked in the name of Trump. In the first few days alone, she says she received 200–300 submissions and was posting every 15 minutes.

“I made it so quickly after the election because I believed that exactly this kind of harassment would happen,” she says. “But sorting through the hundreds of submissions, and being the person all my Facebook friends would send the most depressing news to, definitely took an emotional toll.”

Powers doesn’t independently verify the accounts she receives, but she links out to the appropriate media coverage and her source material. Scrolling through her Tumblr is enough to shock your system.

Powers says submissions have slowed down a bit, but that doesn’t mean incidents of hate aren’t happening. “I think it was important to document exactly what kind of ideology was being legitimized in the minds of voters post-election,” she says. “I continue to be concerned about the days to come.”

You can follow the coverage and submit to Why We’re Afraid here.