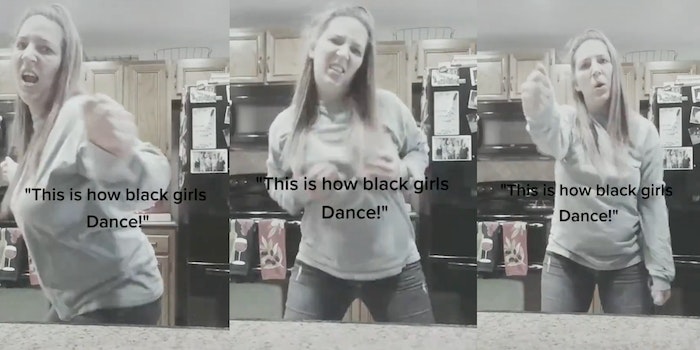 White TikToker parodies ‘how Black girls dance’ in video, gets blasted for racism

In the video, she dances mockingly to Megan Thee Stallion's 'Body.' People are also roasting her lack of rhythm.

People are calling out a white woman for racism after she attempted to parody “how Black girls dance” in a TikTok video.