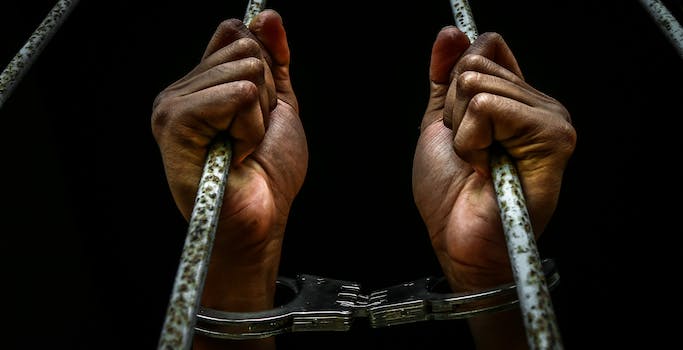 The hard work is done not by being a hero.

Nearly every Republican with a Twitter account denounced the white supremacist violence in Charlottesville this weekend (with the exception of the president, who can’t seem to make up his mind). However, when conservatives acknowledge and condemn white supremacy, it doesn’t prove that we’re all on the same page in regards to civil rights; it proves that American politics takes a simplistic approach to racism.

Blatant racists, like the white supremacists at the rally on Saturday, will have their identities outed on social media, potentially costing them their livelihood and even their families. Politicians who post racist memes have been known lose their jobs. When people are faced with clear examples of racism, when the obvious “bad” guys are pointed out, then people are outraged. In 2017, the only racism that America feels comfortable outing is the type that literally yells, “Jews will not replace us.”

Which is why white nationalists and blatant racists have become the perfect scapegoats—a group that the rest of white America can righteously point to as the “true racists.” A group that most white Americans are willing to mobilize in large numbers against and express moral outrage about. A group, when in action, can make other white people hear what people of color have been saying all along—that racism continues to be a problem.

But when presented with this difficult reality that racism has always been in the very fabric of everything this country does, whites collectively offer little more than simple, self-serving solutions: Denounce the racist act, distance oneself from blatantly racist individuals, maybe march. These “answers” only fuel the white pride/white hero narrative, however—the assumption being that through such basic acts, white people can bring “equality and justice for all.”

Though “fringe” white nationalist movements and ideologies have been responsible for Black death and oppression in recent history (Dylann Storm Roof murdered Black churchgoers in the name of white supremacy in 2015), today, the KKK, neo-Nazis, and Stormfront members are far from Black people’s greatest immediate threat. The prison industrial complex, which has claimed the lives of hundreds of thousands of Black people for-profit, is. The predatory banking system, which has decimated the Black middle class and wiped out the collective hope for the growth of generational wealth, is. White liberals, who claim to be “colorblind” while simultaneously gentrifying neighborhoods of color, are. Individuals, both right- and left-leaning alike, who become rich from these racist systems and use their money to influence politics, definitely are.

For example, there was a prison population boom between 1980 and 2015 that saw the number of people incarcerated in America increase from roughly 500,000 to over 2.2 million. Of that 2.2 million, Black people account for 1 million of the inmates, making up nearly half of the prison population, despite comprising only 12-13 percent of the American population. Stats like these prompted Michelle Alexander to write the book The New Jim Crow, which likened the modern incarceration of Black people to the racist Jim Crow era. She proved that a deeply racist structure was at work in the American justice system that preyed on Black people. And this deeply racist structure, which has claimed the freedom of thousands, made members of both sides of the political aisle rich.

Henri Wendell is among the men who own the most stocks in the for-profit prison system, which has increased his capital worth by $25 million. Over the years, thousands of his dollars have made their way into the pockets of Republican and Democratic politicians. The same could be said of George Zoley, who has used some of the $6 million he made from incarcerating Americans to support favored political groups and candidates. Matt Sirovich and Jeremy Mindich both donate to Democratic politicians and left-leaning organizations, likely with the vast wealth they have accumulated from running Scopia Capital, a hedge fund whose biggest client rakes in the dough from prison investments.

Bank executives on every end of the political spectrum were rewarded with millions of dollars after the 2008 recession, which left many Black families stranded and economically strapped. Not only did the crisis cause home prices of Black families to dramatically decrease, diminishing the value of the typical Black family’s biggest asset, but banks specifically targeted minorities for predatory loans knowing it would lead to economic destitution.

Joseph Cassano was among the CEOs who saw a huge payout from the 2008 financial crisis—he also donated to Obama’s 2008 campaign, which does not make amends for the fact that the recession is projected to decrease the wealth of the median Black household by almost $100K by 2031. Vikram Pandit, Robert Rubin, and Jim Dimon are just a few more men who made millions off the backs of foreclosed homeowners during America’s economic disaster and then donated thousands to political campaigns.

These names, these political entities who they donate to and the politicians who accept their donations, are not branded racists or outed and shamed by the public. We see little to no large-scale group effort on the part of white people to end predatory and racist banking practices that are far more harmful than a few hundred white men who idiotically use tiki torches, a symbol of Polynesian culture, to try to promote white supremacy.

Benefitting from systemic racism isn’t just for white executives, either. Cities that have become the beacons of white liberalism and progressivism have outpriced most Black people, pushing them to the fringes. Though white liberals seem open to addressing racism, race-based income inequality and the absence of affordable housing drives this trend. Despite the white liberal desire for diversity, media rooms, classrooms, and workplaces remain deeply segregated. And then there is the plain fact that both white liberals and conservatives often deny the racism (and the impact of that racism) that Black people face on a daily basis, just to assuage their own guilt.

In truth, if more were being done by whites as a whole to dismantle systemic racism, a few hundred men carrying tiki torches would be inconsequential in the grand scheme of equality. Liberal and conservative America needs to know that Black people do not need saving from white nationalists. We need to be saved from the systemic racism being perpetuated by all of white America. The subtle, often-unowned racism that requires white self-reflection, culpability, true allies, and hard work to dismantle.

Black people need whites to organize and participate in the type of activism that’s uncomfortable—the type that evokes feelings of white guilt, not white pride.