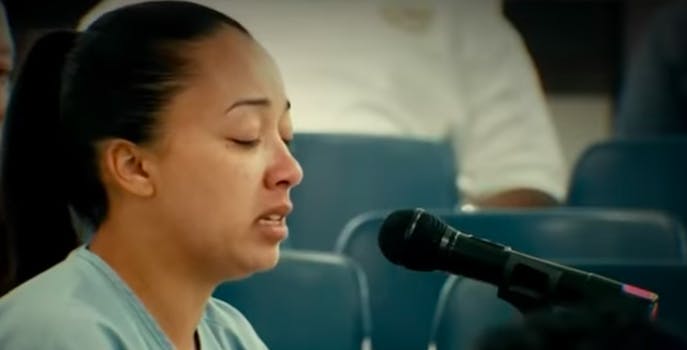 There’s a website to help get Cyntoia Brown clemency

Tennessee Gov. Bill Haslam could grant her clemency in his last few weeks in office.

Activists advocating for Cyntoia Brown’s release have launched a website, still tenacious with the hope that they can get her home by Christmas—so, literally, in three days.

The website was launched on Monday by Color of Change, in partnership with Black Lives Matter, the #MeToo movement, and the Highlander Center.

The website also listed several activities that took place mid-December, as “National Days of Action” that included a “Governor Day” to call relevant state governors, “Clergy Day,” and “Cyntoia Day” for activists to write letters of support to Brown.

The timeline might appear tight, but hopes are high for a case that’s gone back and forth since 2004, gaining some momentum following a 2011 documentary, and getting national attention after Rihanna and Kim Kardashian called for Brown’s release in 2017.

Brown, now 30, was sentenced in 2004 for killing a Nashville man who picked her up for sex in apparent self-defense after the man’s behavior alarmed her. Prosecutors argued that she was trying to rob Allen.

Despite being 16 at the time, she was tried as an adult and sentenced to 51 years in jail.

On Dec. 6, the Tennessee Supreme Court ruled Brown must serve 51 years in prison. A life sentence in the state of Tennessee is 60 years but can be reduced by up to nine years if an inmate’s behavior is exemplary.

The ruling came in response to a lawsuit in which Brown claimed her original sentencing was unconstitutional, referring to a 2012 Supreme Court opinion that states that a mandatory life sentence without parole for juveniles violates the Constitution.

The hypocrisy of a justice system vilifying a juvenile, Black girl defending herself while being lenient on abusers in positions of privilege is not lost on Twitter:

Why is it that police officers can use the defense that they “feared for their lives” but a 16 year old sex-trafficking victim who killed in self-defense will be in prison until she is 70?#CyntoiaBrown must be pardoned or have her sentence commuted.

Cyntoia Brown got 51 yrs in prison for killing her rapist. She defended herself & got 51 years & won’t be eligible for parole til after her 69th birthday. Jeffrey Epstein, an actual fucking SERIAL RAPIST, got a yr in a vacant wing of jail W/ACCESS TO HIS OFFICE 6 DAYS A WEEK.

Meanwhile, since the website for her clemency was launched, activists and celebrities have been putting more pressure on the issue on Twitter:

Her advocates have been cautiously hopeful that Tennessee’s Gov. Bill Haslam, the only man who can ensure her release, will follow through with what he recently told Black Lives Matter—that his office is considering clemency for Brown. But Haslam, with only a few weeks left in office, on Thursday granted clemency to 11 people. Brown wasn’t on the list, renewing concerns for activists and advocates.