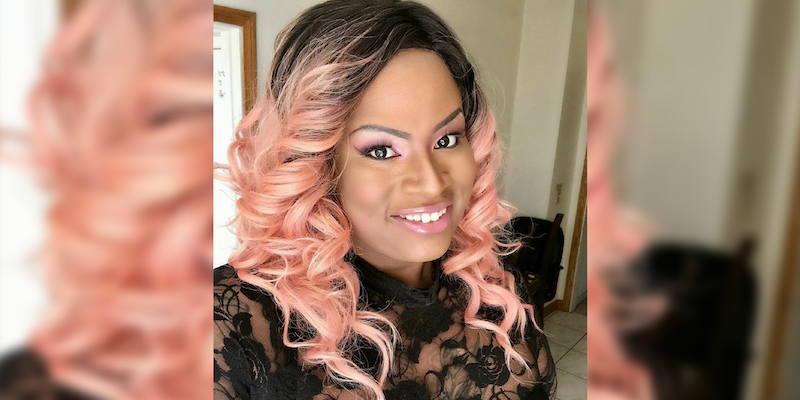 A step forward for representation and inclusivity.

In a climate where media outlets are often criticized for their underrepresentation of voices from LGBTQ writers and writers of color, feminist magazine Wear Your Voice has appointed black trans woman and activist Ashlee Marie Preston as editor-in-chief of the publication.

Wear Your Voice announced Preston’s historic addition to the team on Wednesday. As a diversity speaker and media advocate, Preston seeks to empower marginalized communities by sharing her stories as a survivor of sexual violence and homelessness—stories that social justice-minded publications claim to value, but more often than not, don’t allow trans women to share themselves.

Preston is a heavily involved in the Los Angeles trans community. In addition to serving multiple roles for the Transgender Service Provider Network of Los Angeles, she’s the communications and media sponsorship Chair for L.A. Pride and is an active member of the Human Rights Campaign.

Preston’s appointment comes upon the 48th anniversary of the Stonewall Riots, led by transgender activists of color Marsha P. Johnson and Sylvia Rivera against police brutality of the LGBTQ community.

“Growing up I felt underrepresented in mainstream media. I knew that someday I was going to change that by holding space for those that felt as I did,” Preston said. “As women, those of color, and LGBTQ people, we’re often silenced while others speak as experts on our experiences. No one can tell our stories better than we can.”

In 2014, CEO and founder Ravneet Vohra launched Wear Your Voice as an outlet for women and people of color, as well as a means of self-empowerment as a survivor of childhood sexual abuse and domestic violence. In meeting Preston, Vohra said she knew her vision aligned with the publication’s.

“I didn’t have to explain our mission to Ashlee Marie because she was already living it through her very existence. As a fierce advocate for people on the margins of society, Ashlee Marie’s vision is going to inspire our audience and change lives,” Vohra said.