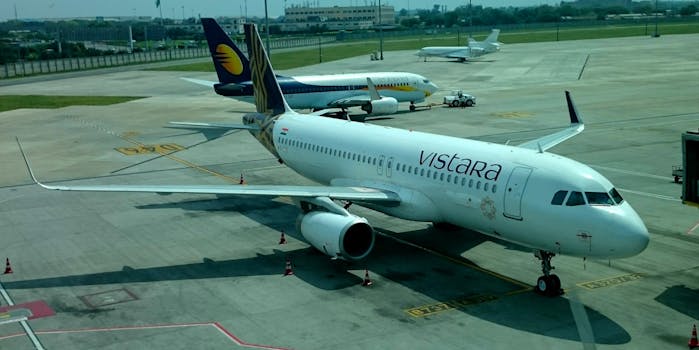 No longer will you have to be stuck in the middle.

Men aren’t polite on public transit. For most commuters and frequent flyers, sexual harassment and manspreading is an all-too-common occurrence. So one Delhi-based airline is fighting back with a new policy that protects women from having to take the middle seat in an airplane.

Vistara’s Woman Flyer program grants preferred seating to female flyers, along with baggage and transportation help for women traveling alone. For women who choose to use the service, Vistara will purposefully assign women a window or aisle seat during their check-in process. Staff with a “#VistaraWomanFlyer Arrivals Assistance” sign will also help women book airport taxis, escort them to their taxi stand, and help with retrieving luggage. That means no dudes sandwiching you in the middle seat, their legs and whatever else encroaching on your space, and no need to worry about grabbing a taxi alone late at night.

“The heights that women around the world have scaled needs no validation. Women are a major force that makes economies stronger and societies healthier,” Vistara senior vice president Deepa Chadha said in an official statement.

According to the Woman Flyer program’s terms and conditions, the service is entirely optional for any female customers flying solo or with children. And while Vistara staff will help women arrange a taxi and escort them to the taxi stand, the fare itself must be paid by the customer.

CNN reports that the service is only available in India for now. But Vistara plans to bring the program to other countries, as well as for international flights.