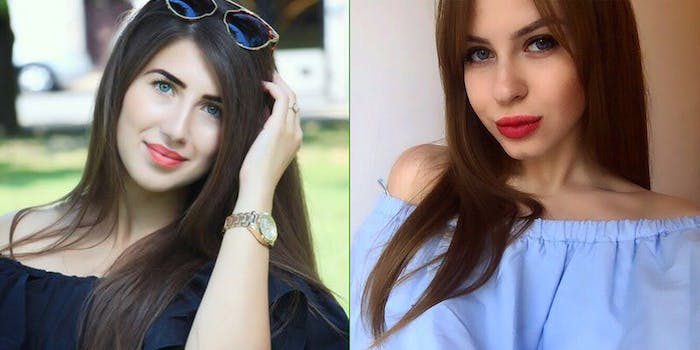 You should definitely read the fine print.

Ariana is a 20-year-old student from Russia who loves fresh-squeezed orange juice and snowboarding. She’s been quoted by the Sun and the Daily Mail saying that she’s trying to raise money to study medicine abroad: “Many students have the issue that during their studies they have to deal with multiple problems. You have to go to work in order to pay for your education. … I imagine that living in another country will be very hard, therefore I want to get the financial burden out of the way so I can focus on my medical studies.” 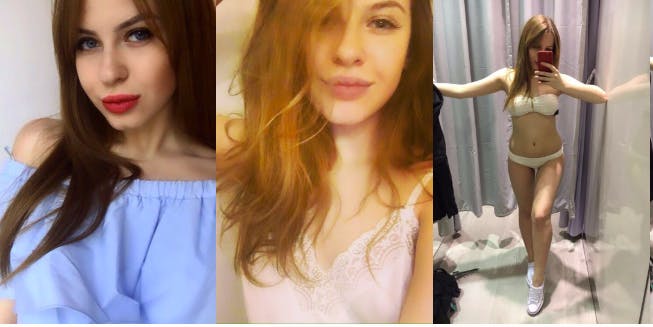 Bidding for an intimate night with Ariana starts at £150,000 (roughly $167,900 U.S.) on the site Cinderella Escorts, a German site for professional escorts. (Prostitution is legal in Germany, though sex workers remain marginalized in the country.)

Her supposed best friend, Lolita, is also offering up her virginity on the site, but without any sort of compelling backstory. Her bidding also starts at £150,000. The site notes that you can bid on them individually or together, and that the minimum bid amount may raise daily.

You should be incredibly skeptical of these auctions, if you weren’t already.

For starters, Cinderella Escorts (Zakobielski in German), notes in its terms of services (translated via Google) that the company “assumes no responsibility for the timeliness, accuracy, and completeness of part of the escort-model published details of any kind.” That means, essentially, that you can’t trust a word of what’s on the escort site. You can’t be sure that Lolita’s favorite perfume is Coco Chanel, let alone that she’s still a virgin. That’s despite the company’s contradictory claim on Lolita’s page: “Cinderella Escorts check up with a doctor that she is a real Virgin. Of course the Buyer can go with her again to a doctor for a check up.”

Cinderella Escorts is also like Uber for sex workers: It acts only as an intermediary. “Any and all services listed on the website are the sole responsibility of the mediated Madam.” If that doesn’t fill you with confidence, neither will having to send a “binding offer via email.” That sounds secure, right?

But here’s the bottom line: There have plenty of other virginity auctions over the years, but they’re typically just thinly veiled publicity stunts. Most of them never reach their intended climax (sorry). In 2009, Natalie Dylan backed out after raising $3.7 million at Nevada’s Moonlite Bunny Ranch brothel. In 2014, medical student Elizabeth Raine cancelled her auction after raising $801,000. And Brazilian model Catarina Migliorini has changed her mind about her virginity auctions on four separate occasions.