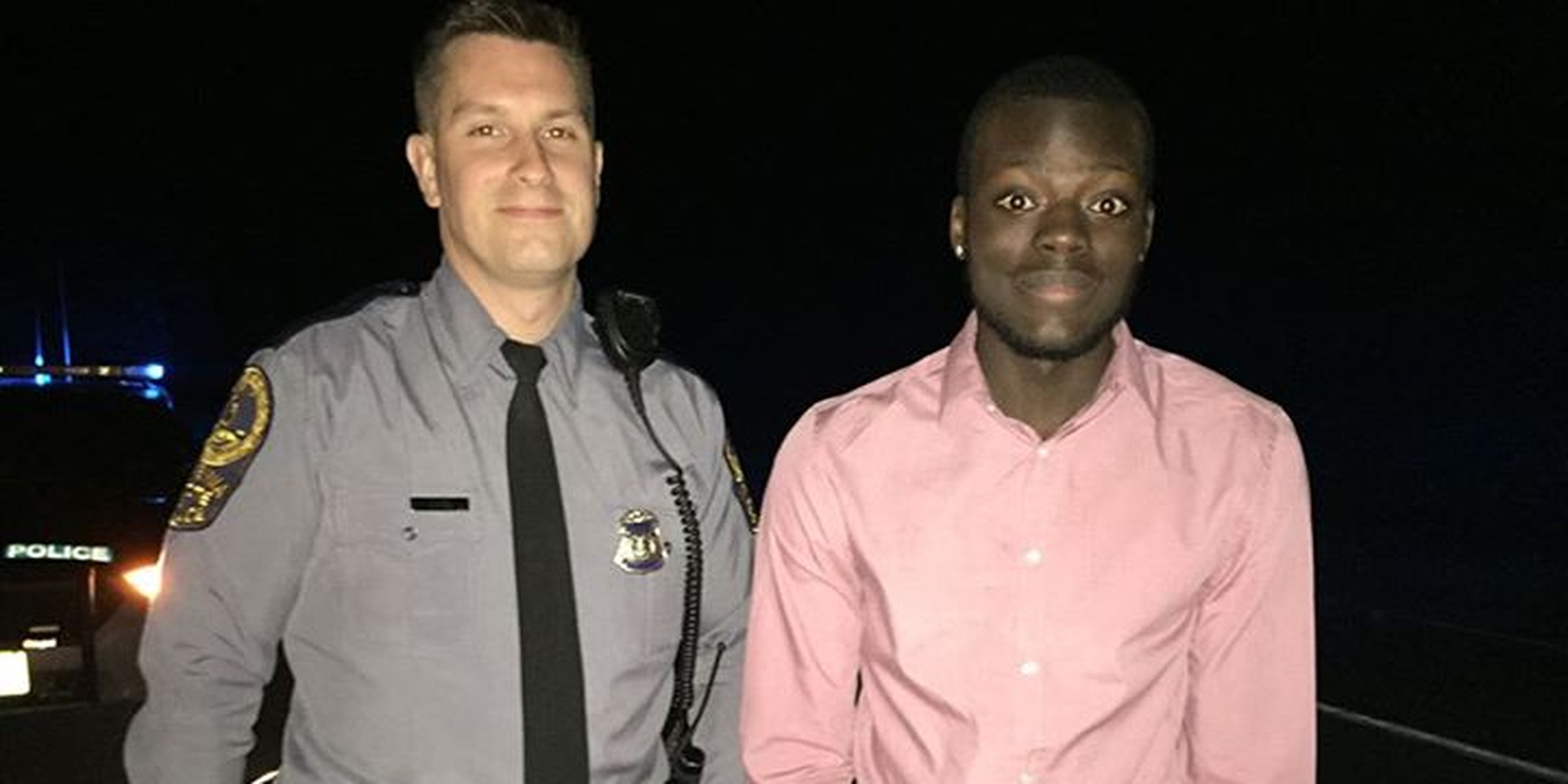 'There’s a lot of good in this world and people want to hear positive stories,' said Nada Owusu.

With as much negative attention as police officers across the country have received in the past several months, it’s nice — and important — to recognize when cops can be the kinds of public servants we all know and hope they can be.

With this in mind, here’s a recent Facebook post from Virginia woman Nada Owusu. Owusu’s son Joseph blew out one of his tires while driving down Route 220 last week, leaving him stranded on the side of the road in the middle of the night. Luckily, a Virginia trooper named Matt Okes stopped by to come to his aid. 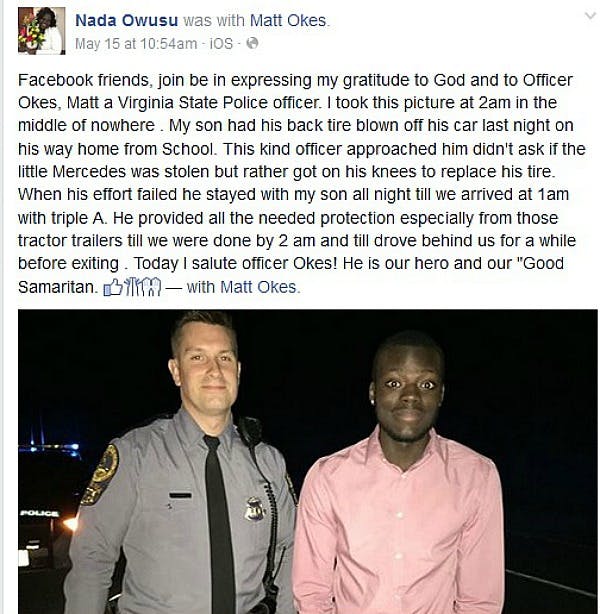 Okes made sure to position his cruiser on the side of the road to alert travelers of the problem. Even after AAA showed up to help fix the problem, Owusu said Okes remained by her son’s side.

In an interview with WTVR, Owusu explained why she wrote about the cop’s good deed on Facebook: “There’s a lot of good in this world, and people want to hear positive stories. As far as I was concerned, there was a good person waiting with my son. I didn’t care if he was green, blue, yellow. There’s a lot of good in America and that needs to be heard. Police need our support.”

She’s right: people clearly want to read about this kind of news. As of 2 p.m. ET on Tuesday afternoon, Owusu’s Facebook update had been shared nearly 20,000 times.