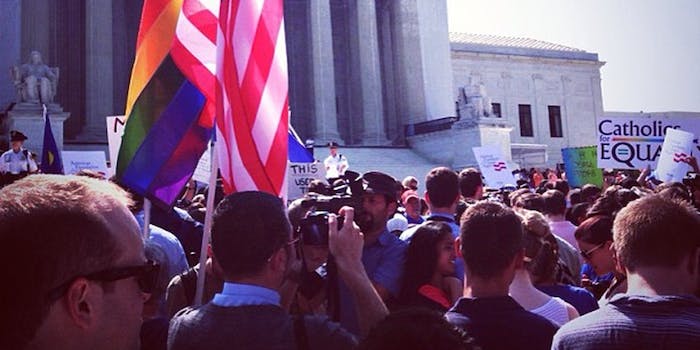 The Supreme Court issued two decisions in favor of gay marriage Wednesday, and the celebration was documented on Vine and Instagram.

As the Supreme Court struck down two barriers to gay marriage, supporters of equality outside the courthouse and elsewhere celebrated victory.

Instagram photos and videos and vines aplenty emerged from outside the Supreme Court as supporters awaited and celebrated the decisions. 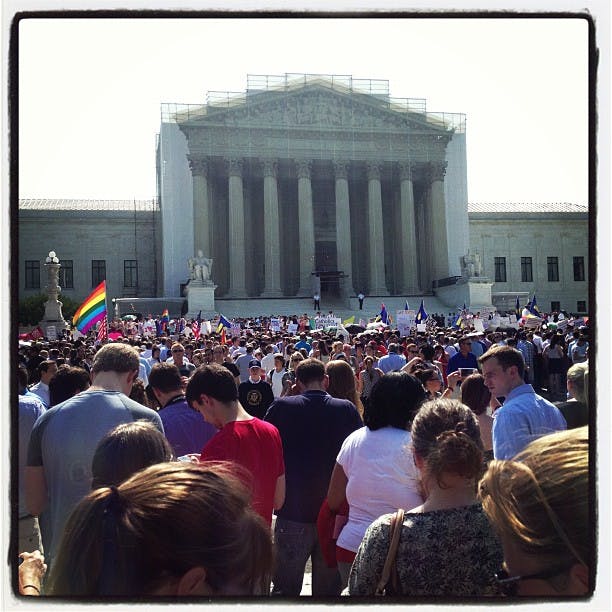 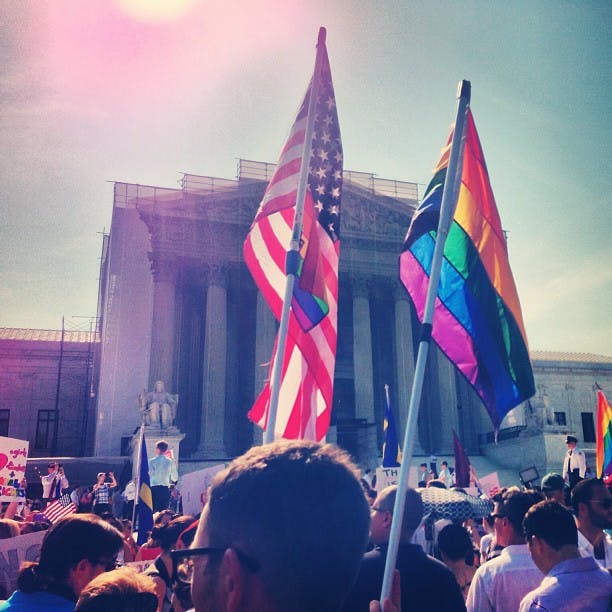 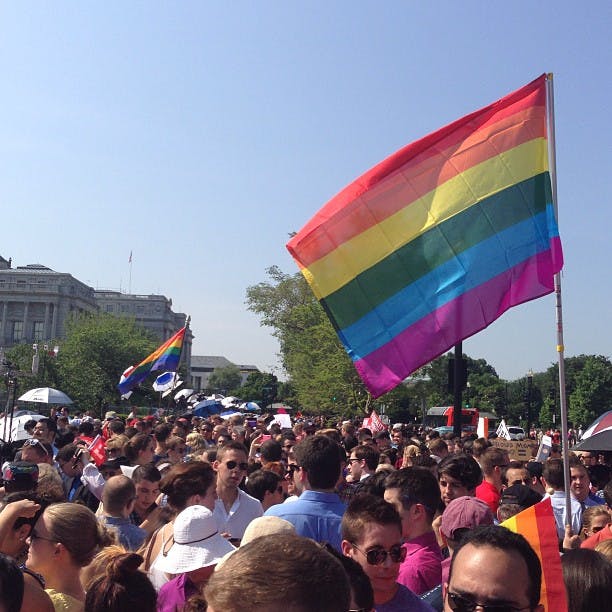 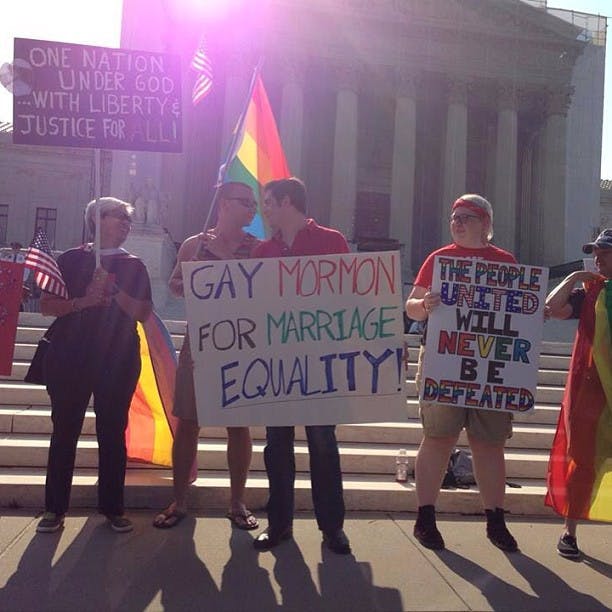 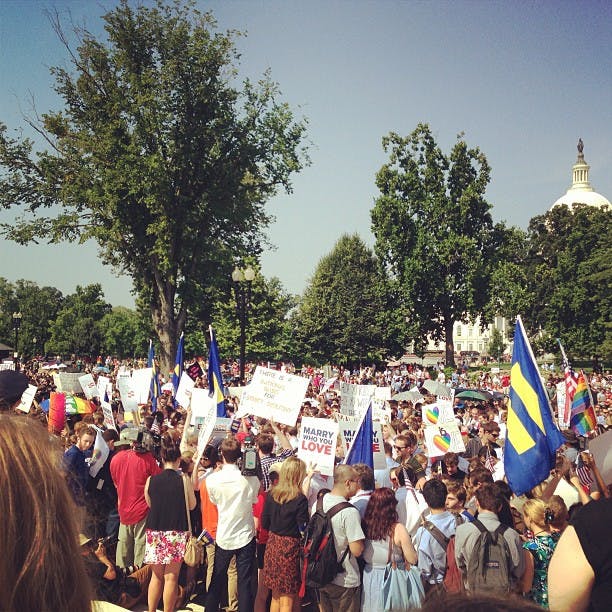 Crowds also gathered in California to watch the decision being rendered. 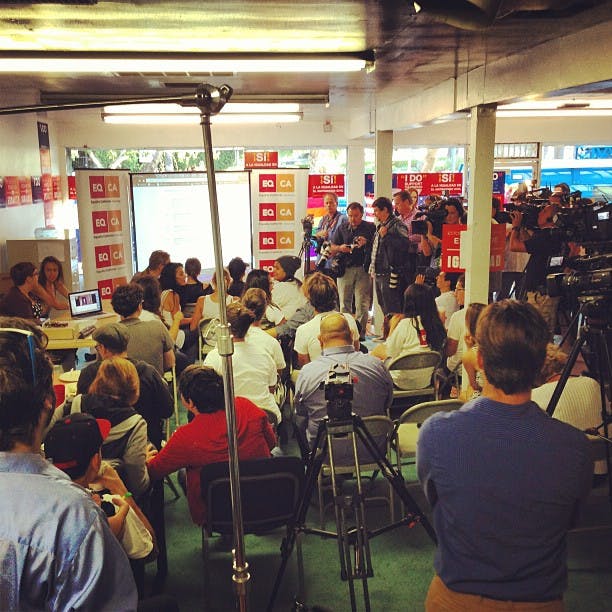 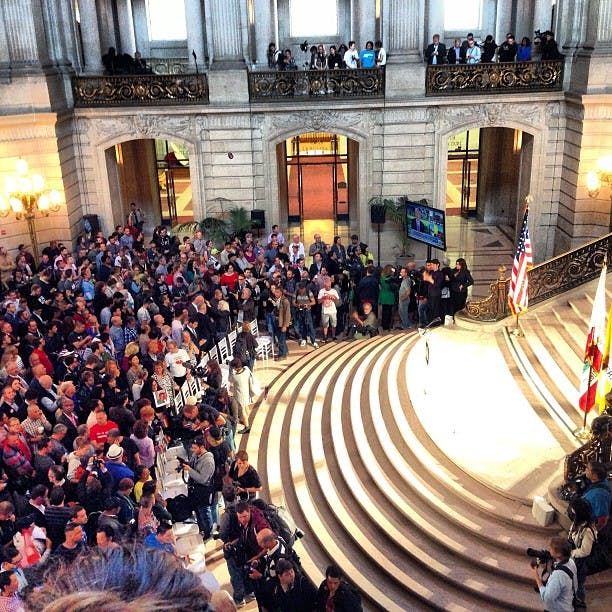 Expect even more celebration when Pride Weekend kicks off in San Francisco this Friday.