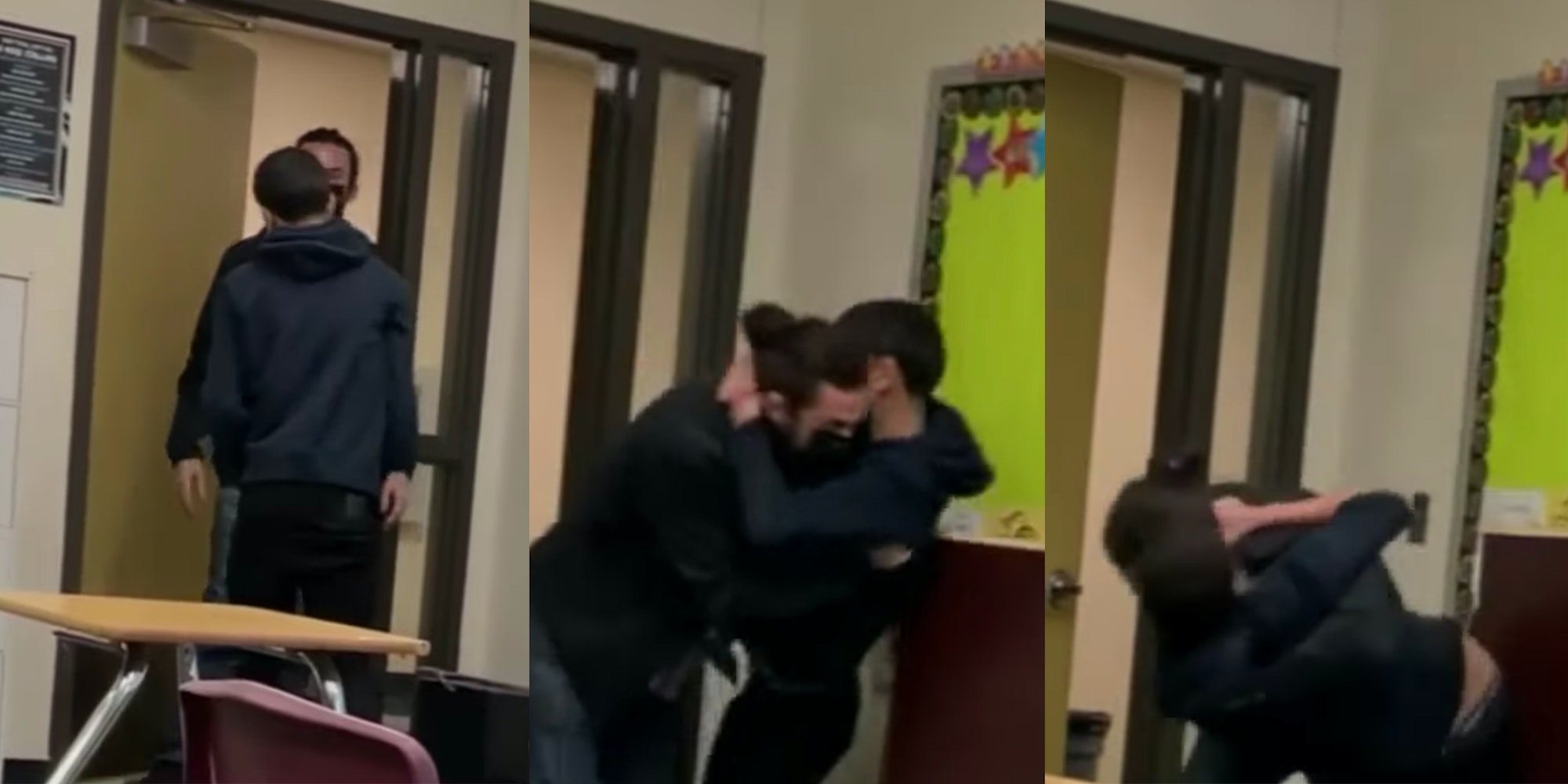 The teacher refused to let the student use the bathroom.

Video captured by students at a Florida high school shows a male substitute teacher body-slamming a teenager, reportedly over a bathroom dispute.