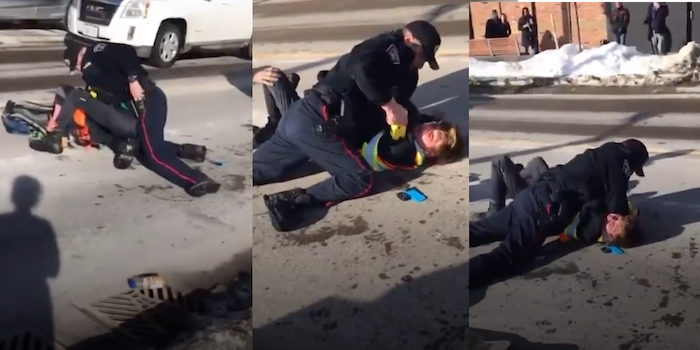 A video has surfaced showing police in Ontario, Canada, beating and slamming a skateboarder to the pavement, reportedly during an arrest on Thursday.