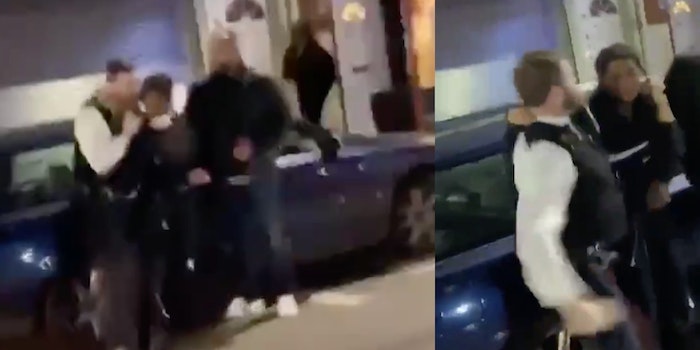 The video prompted criticism of police brutality in the U.K.

A video that went viral on social media shows a London police officer punching a teenager in the face while the person recording yells, “Look what he’s doing, look!”