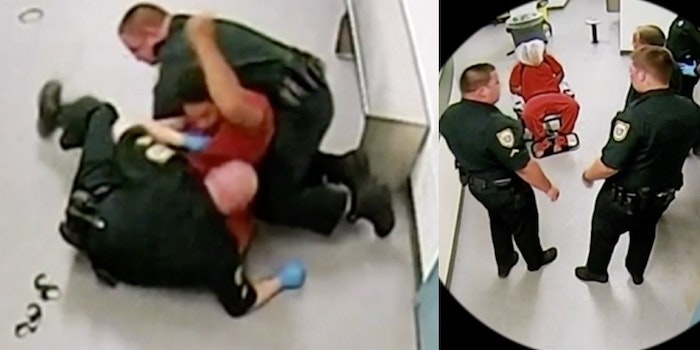 Video: Black veteran died after police placed him in hood, left him in cell

A graphic video has emerged showing Florida police officers placing a mesh bag over a Black man’s head after they detained him. The man twitches for 15 minutes before he dies.