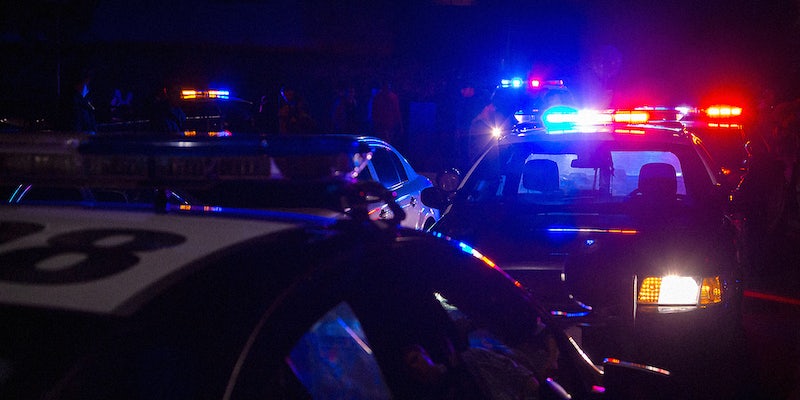 A video shared on Reddit shows rioters destroying property and causing commotion Saturday after police broke up a party of 500 to 800 people in Boulder, Colorado.

Some party-goers, many of them college students, shared pictures of themselves partying without masks within a large crowd. Fellow University of Colorado Boulder students and alumni criticized them on social media.

“You all really just don’t care do you?” wrote Mitchell Byars, a journalist and graduate of the university. “A year later this is all still a joke to you?”

The University of Colorado Boulder tweeted on Saturday that police were responding to the party and urged people to avoid the area. Police said at the scene, rioters flipped cars and broke windows, according to the New York Times.

Three SWAT officers had minor injuries after they were struck with bricks and rocks, the Boulder Police Department tweeted.

Boulder Police Chief Maris Herold said that over 100 people started running toward the officers before the police used tear gas, according to the New York Times. The department also published photographs of destroyed vehicles.

A Reddit video shows hundreds of people gathering, yelling, and running after a police car. At one point, a group of individuals carried an uprooted stop sign down the street.

In a statement on Saturday, the University of Colorado Boulder condemned the conduct and said that any student found to have acted violently toward police officers will be expelled.

“It is unacceptable and irresponsible,” the university statement said. “CU Boulder will not tolerate any of our students engaging in acts of violence or damaging property.”

The Boulder Police Department tweeted that it is reviewing body camera footage and social media posts to identify the individuals responsible for “damaging property and assaulting first responders.” The department urged community members to submit any additional information.

One day before the party and riots, Boulder officials honored the 6,000 people who died in the past year due to COVID-19 on the anniversary of its first confirmed case.

Another urged police to use the “same energy” they used against Black Lives Matter activists last summer who protested after police killed George Floyd.

“These party goers are ACTUALLY putting people in danger,” the person tweeted.