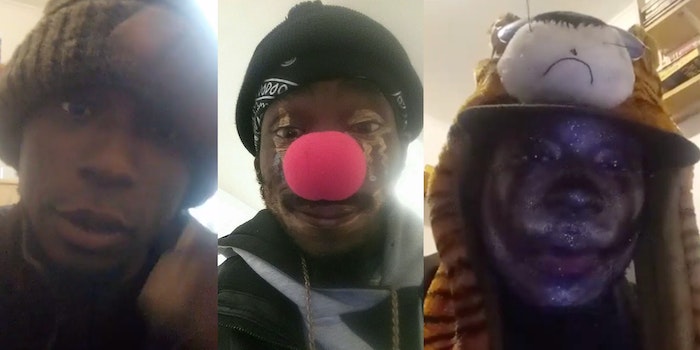 Alleged rapist posts photos of himself in clown costumes on Facebook

A New York man who has been charged with the rape of a woman has posted photos on Facebook that show him wearing clown makeup and other costumes. Police reportedly found the suspect after viewing surveillance footage showing him in a clown costume.