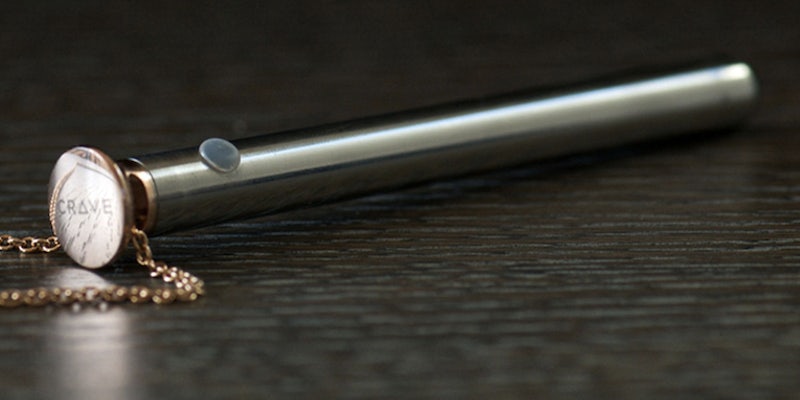 'It does turn me on to wear it, because it's like an exciting secret.' 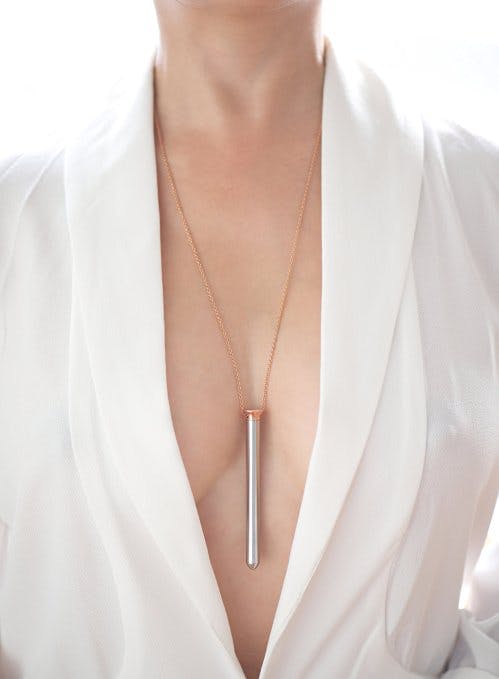 “There are very few women in industrial design, and women are underserved in the design of everyday objects,” says Cheng. “When you have predominantly male teams designing products and experiences for the mass market, you often have products marketed toward women but not actually designed for them. The world of sex toys is the perfect example of this disconnect.”

“[Those products say] that we should be apologetic and hide our pleasure,” she says. “To me, this is an even worse version of ‘shrink it and pink it,’ the belittling approach to designing products for women by creating cutesy novelties. Why do our orgasms need to be cute?”

“I can embrace my sexuality proudly and publicly, but without inspiring criticism from those who believe women shouldn’t be sexual creatures.”

But while there are lots of aesthetic and political statements to make with the Vesper, let’s be honest: Most of the appeal is the thrill of doing something naughty in public.

“It does turn me on to wear it because it’s like an exciting secret,” says Penny, a proud owner of a Vesper. “I can embrace my sexuality proudly and publicly, but without inspiring criticism or disdain from those who seem to believe women shouldn’t be sexual creatures. I guess you could say it’s a bit like me—seemingly innocent-looking but with a deeply sexual side. I love that duality.”

If you fork over the additional money, you can choose to have your Vesper engraved with a few choice words, further cementing it as something beyond a simple sex toy. Penny chose “temperance, like chastity, is its own punishment,” which is about as playful as it is true.

There’s no reason to disparage the sillier, funnier variants in sex toy design, either. Intimacy is supposed to be fun, and that can manifest through triple-figure designer vibrators and a pink pair of handcuffs. But there needs to be range. People deserve the option to invest as much into their orgasm as they choose.

The Vesper merges aesthetics, politics, and kink into a single package, but at the end of the day, it’s positioned as a consumer showpiece. Frankly, there’s nothing more liberating, or at least American, than that.