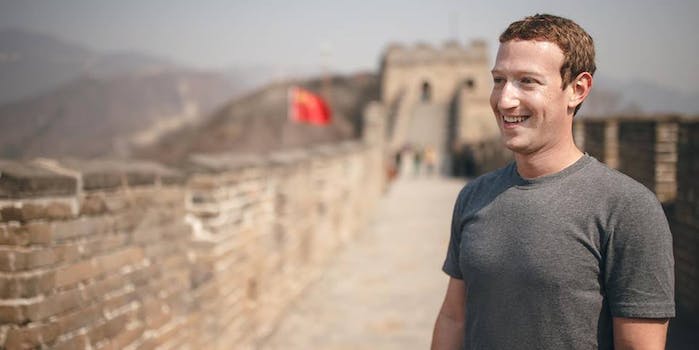 On Friday, Vanity Fair published the story “How Mark Zuckerberg Led Facebook‘s War to Crush Google Plus” to its technology section—a piece that appears not only online but is also available in the print magazine. Written by former Facebook employee Antonio García Martinez, the piece is an adaptation of his upcoming book Chaos Monkeys: Obscene Fortune and Random Failure in Silicon Valley.

While the story was intended to take a look at how Facebook geared up against and—in the end—defeated Google‘s failed attempt at crafting its own booming social network, some have instead been distracted by its insensitive opening.

Mark Zuckerberg is a genius

Not in the Asperger’s, autistic way depicted in the very fictional movie The Social Network, the cognitive genius of exceptional ability. That’s a modern definition that reduces the original meaning.

Martinez may have hoped to use autism and Asperger’s under the guise of Zuckerberg’s fictitious portrayal in the film The Social Network, but how he brought up the disorders has understandably riled some people up.

Writer and editor Casey Johnston had a succinct way to describe her feelings for the story’s lede:

Martinez caught wind of the upset and decided to chime in, accusing Johnston of trolling his work:

lmao, how is this trolling? This is the most deeply insensitive thing I've seen today

Others are agreeing with Johnston, however.

The writer of this article clearly doesn't know how Autism works/has ever meet someone with autism.

You were intending to shame people with autism and aspergers because you're a dullard with a platform.

Yes, Zuckerberg is portrayed as very socially awkward in The Social Network. And Martinez would not be the first person to suggest the possibility that the character based off the Facebook founder has Asperger’s.

Mindy Fox for Autism News wrote, “It quickly becomes clear that the character has something on the autistic spectrum, most likely Aspergers syndrome.”

As one colleague pointed out to me, perhaps Martinez didn’t intend to offend people with autism or Asperger’s, but instead refute the image that The Social Network perpetuated of Zuckerberg. Martinez has repeatedly stated on Twitter that it wasn’t his intent to offend autism advocates.

Martinez’s opening is nonetheless tinged with a disparaging tone, one that has evidently upset people. And, assuming that geniuses can come off in an “Asperger’s, autistic way” is a total misunderstanding of what the conditions of the spectrum disorder are in terms of medical diagnosis. It fails to explore the complexities of autism and instead reduces it to an image of a dude who’s smart but a total jerk and can’t handle social interactions.

What’s also worrisome is that this opening must have gone through several editors, who didn’t find anything wrong with Martinez’s flippant use of these conditions. Somebody should have caught this sloppiness.

And while what’s done is done, hopefully this mistake will make people more stringent and sensitive when using such disorders as reference points.