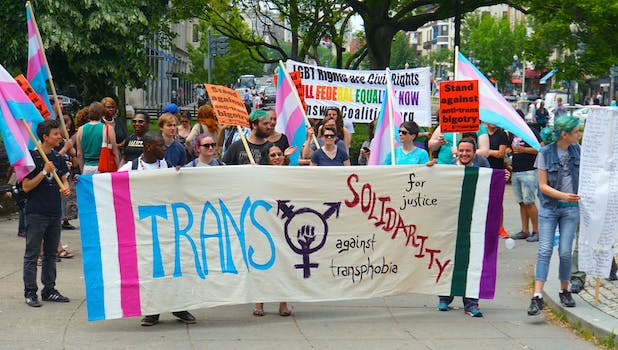 The U.S. Transgender Survey paints a picture of violence and hardship for the trans community.

Transgender people attempt suicide at a rate of almost 10 times higher than the overall U.S. population, according to the largest survey of transgender people ever conducted, with 40 percent of respondents reporting they’ve tried to take their own lives.

Released Thursday, the National Center for Transgender Equality’s 2015 U.S. Transgender Survey also found that almost 50 percent of those surveyed had been verbally harassed in the past year, specifically for being trans. Other statistics of note: Over 20 percent reported they didn’t seek the healthcare they needed for fear of being harassed; over 30 percent didn’t visit a healthcare provider because they couldn’t afford it; and only 11 percent of trans people’s legal IDs reflect their gender, with many respondents citing high costs as the reason preventing them from doing so.

Overall, the survey found patterns of mistreatment, economic insecurity, the harmful effects of discrimination on physical and mental health, and the compounding of intersectional factors (for example, a trans person of color may experience discrimination more aggressively and deeply than a white trans person).

The survey did highlight some good, however. More than four times the number of people who completed the 2008-2009 survey completed the 2015 one, and many of the responses indicated that there were positive impacts of growing visibility and positive representation of the trans and non-binary communities. Over 60 percent also reported that they had the support of their families as a trans person, and over 50 percent of students reported they had the respect of their classmates as a trans person.

More than 27,700 trans people from the United States, Guam, Puerto Rico, and U.S. military bases overseas responded to the 2015 U.S. Transgender Survey. Its purpose is to provide a comprehensive look at the experiences of transgender people across a wide range of categories like education, employment, family life, health, housing, and interactions with the criminal justice system.