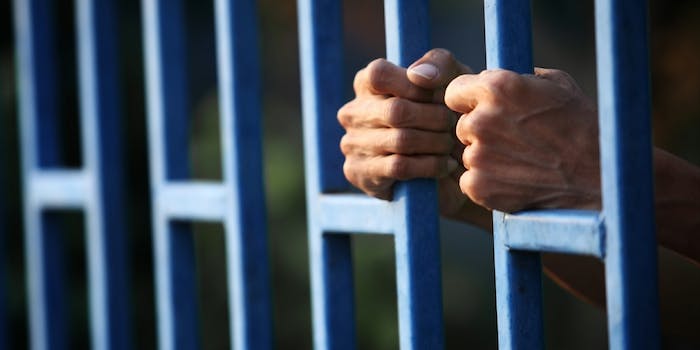 Advocates are calling his detention 'unnerving' and 'absurd.'

Denis Davydov is a gay Russian man who’s HIV-positive. Though he has been living in California and has applied for American asylum, U.S. officials have detained him in an ICE facility in Florida for reasons that remain unclear.

Davydov was coming back from the U.S. Virgin Islands, a location under U.S. jurisdiction, when customs officers presumed that Davydov had overstayed his visa and took him into custody. He has been held in an immigrant detention facility since March 13, well over a month. ICE officials reportedly still haven’t acknowledged that Davydov has a pending asylum case with the United States.

Davydov’s attorney, Aaron Morris, told the New York Times that his client’s detention is “absurd,” arguing that Davydov’s asylum case is strong and that he needs a medical specialist on hand in order to help treat and control his HIV infection.

Sergey Piskunov, a friend of Davydov’s, told ABC News, “He’s scared. He doesn’t understand what is happening actually. Yes, it is a lot of stress for him.”

Davydov came to the U.S. in 2014 through a tourist visa, and then applied for political asylum while in the country. Morris notes that Davydov has “experienced mistreatment in the past,” which coincides with growing anti-LGBTQ sentiments inside Russia. Such tension has recently culminated in alleged concentration camps within Chechnya, where gay men are tortured, beaten, and killed.

The detention confusion may also stem from a crackdown on immigration from President Donald Trump, who has given ICE and Customs and Border Protection (CBP) agents sweeping orders to detain and deport migrants entering the country as well as the removal of migrants who have been in the country for up to two years. This essentially allows authorities to “identify, capture and quickly deport every undocumented immigrant they encounter,” which could explain Davydov’s detention.

“We don’t ever want to panic the community, but this is certainly not business as usual, and it is quite unnerving,” Immigration Equality spokesperson Jackie Yodashkin told ABC News.