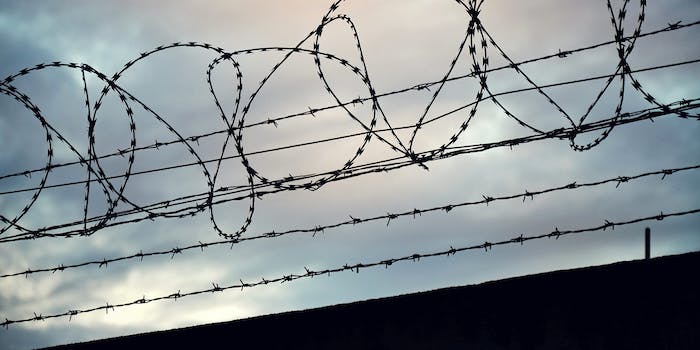 Gay men are being detained and tortured in Chechnya, according to human rights activists

Reports say that gay men are being taken to abandoned buildings and forced to name other gay men—among other things.

Last week, Russian newspaper Novaya Gazeta reported that gay men were being detained in Chechnya, with at least three killed and others sent to their families to their deaths. Now, human rights organizations and survivors report that so-called concentration camps have been set up in Chechnya, torturing gay men and forcing them to leave the country.

“Gay people have been detained and rounded up, and we are working to evacuate people from the camps and some have now left the region,” the Russian LGBT Network’s Svetlana Zakharova told the MailOnline.

“Those who have escaped said they are detained in the same room and people are kept altogether, around 30 or 40,” Zakharova explained. “They are tortured with electric currents and heavily beaten, sometimes to death.”

Reports allege that the camps are in Argun. According to Metro, one man claims his friend was forced to out himself “on suspicion of homosexuality.” His friend was beaten “with a hose and tortured with electricity.”

The detention order allegedly came from the Republic’s government, and Metro reports that Chechen leader Ramzan Kadyrov is “personally involved” in the process.

“Homophobia is nothing new in Chechnya,” she said. “A climate of intolerance and homophobia prevails in Chechnya and is fostered by the Chechen authorities. ‘Honour killings’ are still practiced in the North Caucasus, particularly in Chechnya. Men who may be seen as having ‘tarnished’ the family’s ‘honor,’ by being gay or are believed to be gay, face a very real risk of being killed by members of their own families.”

As to the question of whether concentration camps are operating, Amnesty International can only work with eyewitness reports.

“Amnesty International does not have a presence on the ground in Chechnya and we are relying on the testimonies of survivors quoted by Novaya Gazeta,” McGill explained. “The testimonies are consistent in reporting that the men are being taken to abandoned buildings in Argun where they are tortured and forced to give out the names of other gay men.”

Gay men aren’t the only ones allegedly being tortured, either. “Among those who are allegedly detained are not only men suspected of being gay, but also Islamic State sympathizers (so called ‘Syrians’) and drug users,” McGill said.

However, Amnesty International stresses that it is “not referring to this site as a concentration camp,” McGill explained.

Last week, Kadyrov’s spokesperson denied claims of gay men being detained, under the premise that gay men and women do not exist in the region. Kheda Saratova, a Human Rights Council member under the Head of Chechnya, argued that the Chechen justice system treats honor killings “with understanding.”

“Kheda Saratova… first commented that Chechen society and Chechnya’s ‘whole justice system’ would treat anyone who kills a gay relative ‘with understanding,'” McGill said. “She later claimed that she had been misunderstood and that the revelation that there were gay men in Chechnya had shocked her so much that she was unable to think clearly.”