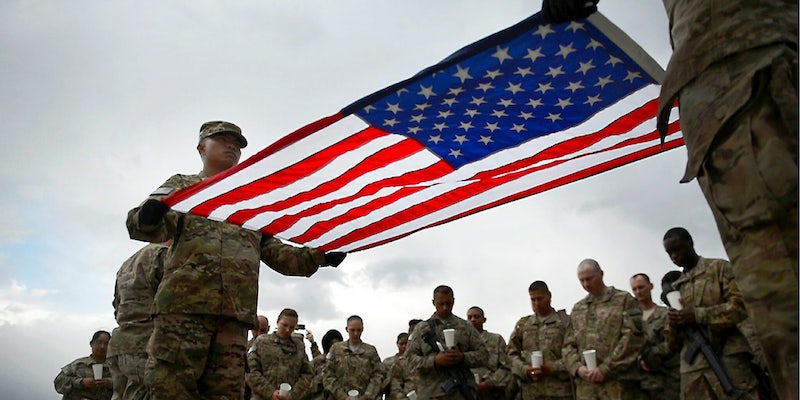 The couple has been married since 2001 and have two children.

The undocumented wife of an Army 7th Special Forces Group veteran is facing possible deportation, despite laws that allow undocumented spouses of military members and veterans to remain in the United States.

According to the Military Times, Elia Crawford, the wife of retired Sgt. 1st Class Bob Crawford, came to the U.S. from Honduras in 1999 to seek refuge after Hurricane Mitch.

In 2001, when Bob was still on active duty with the 7th Group, the couple got married and filled out paperwork for Elia to legally stay in the U.S. However,  the couple learned she was under deportation orders, which Bob says they’ve been fighting for years.

A provision called Parole in Place (PIP), however, allows spouses, children, and parents of active-duty or veteran service members who are undocumented to remain in the country and file for a green card. The policy came in 2007 after an active duty service member, Army Sgt. Alex Jimenez, was killed in Iraq before he and his undocumented wife, Yaderlin Hiraldo, could complete her green card request.

But despite such a provision, the Crawfords haven’t been able to file for PIP because of Elia’s deportation order, which the Department of Homeland Security decline to clear in December. The couple’s lawyer said such requests were achieved more easily under the Obama administration, but that they’ve gotten more strict under Trump’s war on undocumented immigrants.

On Monday, the Crawfords, with two boys, ages 12 and 9, will return to an immigration court in Virginia, which could possibly decide to deport Elia.

“I know the military takes care of families—because I lived it for 20 years,” Crawford said. “I just feel, right now, we’re caught in this limbo…Honduras is one of the most dangerous countries in the world, especially for a female if they know she’s a military dependent.”