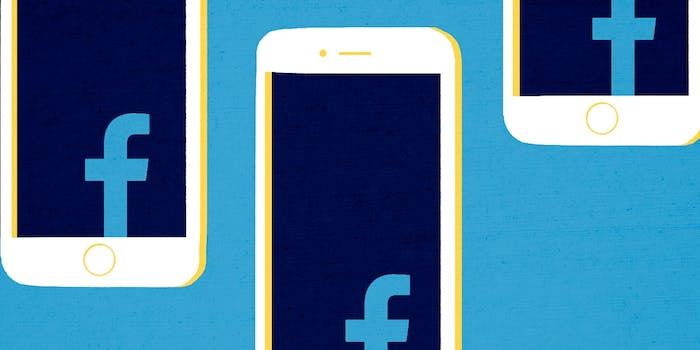 The rate has dropped by nearly half since 2007.

Like Socrates and Marilyn Manson before it, social media has regularly been accused of corrupting our youth: Constantly sitting on smartphones, tablets, and laptops is said to kill children’s imaginations, prevent them from reading, and even sexualize adolescents. Yet according to new statistics released in England and Wales, teen pregnancy rates have plummeted during the last decade, dovetailing with the surge in social media usage. Could there be a connection?

The Office for National Statistics reports that teen pregnancy rates in England and Wales have nearly halved between 2007 and 2014, now standing at their lowest level since records began in 1969. Professor David Paton, an economist at Nottingham University Business School, believes the timing of the dramatic plunge in teen pregnancy is not a mere coincidence; 2007 was the year Facebook became available to all, rather than just students with a university email account.

Speaking to the Daily Mail, Paton said, “Is it too much of a stretch to suggest that, for at least some teenagers, the amount of time spent interacting virtually with friends on a smartphone has led to fewer physical opportunities to engage in drinking, drugs, and underage sex?” Given that Facebook usage rocketed from 100 million users in 2008 to 1.4 billion by the end of 2014, alongside reports that parents can’t pry their progeny off smartphones and tablets even during family holidays, it seems Paton may just be on to something.

The ONS doesn’t mention technology as an explanation for the 45 percent drop in pregnancies among minors, instead suggesting that improved sex education programs and access to contraception may be a factor. However, the Labour government-backed Teenage Pregnancy Strategy ended in 2010, and the negative effects of austerity-induced cuts to sexual health services were already being reported by the Family Planning Association in 2013. Regardless, teen pregnancy rates continued to drop rapidly during this whole time.

Not only has our digital world possibly been unfairly demonized as the thief of innocence, but it seems that it might actually play a role in keeping teens safer. The BBC reported last year that binge-drinking rates among teens nearly halved in Britain between 2005 and 2013, with BBC Home Editor Mark Easton remarking in the same article that “young people spend more time at home using social media… and less time down the pub or hanging around the bus shelter with their mates.”

As the Daily Dot reported this month, concern about minors accessing adult material online has driven much of the conversation about teens, social media, and the Internet. Yet this concern may be misplaced: A study by the U.K.’s Middlesex University found that “causal relationships cannot be established” between exposure to pornography and “young people’s engagement in ‘risky behaviours’, (e.g. engagement in sexual practices from a younger age, engaging in riskier sexual behaviours… and the involvement of drugs and alcohol in sex.)” The study also cited teen dissatisfaction with sex education as a motivator for seeking out explicit material, implying that current programs can’t be given too much credit for improving teen sexual behavior. Furthermore, if teens are falling pregnant less often, it may be because they are using the very technology blamed for over-sexualizing them in order to find information about safer sex.