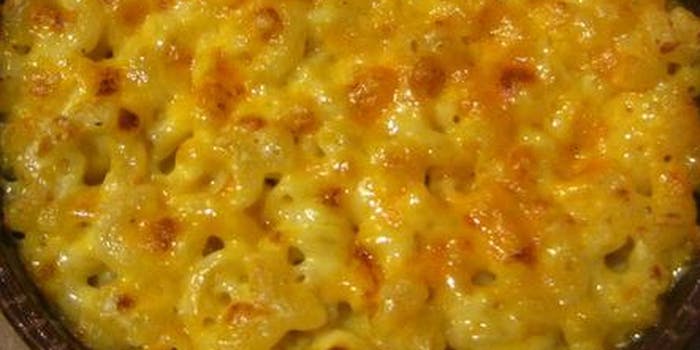 This week, 19-year-old UConn bro Luke Gatti will see his day in court after his epic, booze-fueled meltdown in the student union over bacon jalapeño mac and cheese. Gatti was caught on camera in a nine-minute video, berating UConn food service supervisor Dave Robinson after being denied service for carrying—and drinking out of—an open container of alcohol. Gatti was arrested that night and charged with breach of peace and criminal trespass; it seems he may have been expelled, too.

While it’s certainly satisfying to see justice being served—especially after Robinson warned Gatti in the video that the student would likely get arrested and expelled, only to be met with sarcasm and mocking—Gatti’s punishments aren’t helping the dining hall workers who had to deal with him.

Which is why two students, freshman Sadie Rumsey and senior Olivia Korte, started a GoFundMe.com fundraising campaign to gift the employees with a night out—proving not all college students are pretentious assholes. “A top-20 research university shouldn’t have to be redeeming its name after one bad egg goes and ruins our reputation,” Rumsey told the AP.

Rumsey and Korte set a goal of raising $1,000, all of which will be used to purchase a gift card to local restaurant Geno’s Grille for the deserving employees. As of today, the campaign has raised more than $1,800 with donations for 149 people—which can pretty much buy all the mac & cheese at Geno’s they could possibly want.

There is one problem, though. Apparently, both Connecticut law and UConn policy prohibits employees from receiving gifts related to their employment. Ramsey is aware of the roadblock, though, and notes on the GoFundMe page that she’s “working closely with UConn administration to ensure that the employees will be within the confines of the rules of the union when receiving this gift.”

We’re keeping our fingers crossed that Rumsey finds her way around the law on this one. UConn spokeswoman, Stephanie Reitz, confirmed multiple groups have contacted the school about rewarding the employees, but one of them has already been redirected and is now apparently working on a giant thank you card, which, we guess, is almost as good as a free dinner?