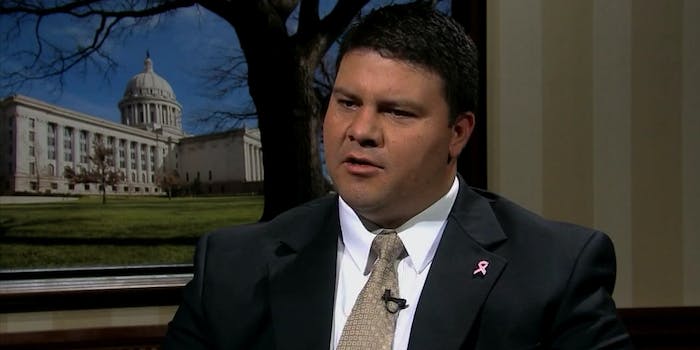 Many have left office.

Dozens of state lawmakers have resigned, been removed from office, or have faced consequences for alleged sexual misconduct since the #MeToo movement gained momentum late last year, according to a new report from the Associated Press.

25 state legislators have actually left office amid claims that they engaged in sexual harassment, sexual assault, or inappropriate professional behavior since January 2017, though most of them since the #MeToo swept the country in October. Two politicians, Oklahoma Sen. Ralph Shortey (R) and Connecticut Rep. Angel Arce (D), resigned after misconduct allegations related to minors emerged. Meanwhile, Ohio Rep. Wesley Goodman (R) left his post after having consensual sex with another man in his office.

20 other state legislators have held onto their jobs but have faced consequences to their career after accusations entered the public sphere. Alaska Sen. David Wilson (R) was placed on probation after the state Senate reportedly found he engaged in retaliation over sexual harassment claims, and California Assemblywoman Cristina Garcia (D) went on unpaid voluntary leave after an allegation emerged claiming that she groped a staff member within the California legislature’s staff.

The AP notes 17 other state legislators who have faced accusations during their careers, including Kentucky Rep. Dan Johnson (R), who committed suicide shortly after being accused of molesting a 17-year-old girl. In total, 62 state lawmakers have faced some form of backlash over sexual misconduct since 2017 began, suggesting change is happening across career fields on both a national and local level.