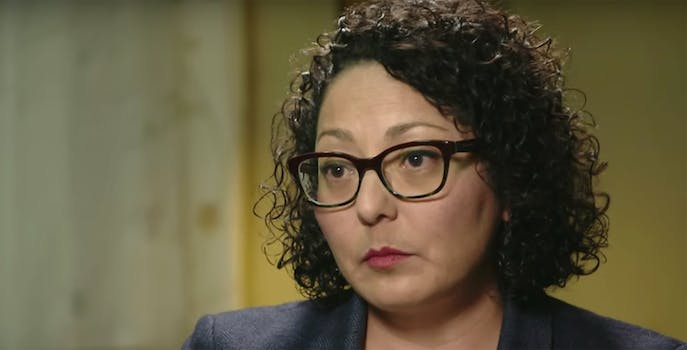 David John Kernick, who worked as a field representative for the Democratic lawmaker, said Garcia asked him, while they were at a whiskey bar during a 2014 fundraiser, to play Spin the Bottle later that night in her hotel room. Kernick filed a formal complaint on Saturday with the California Department of Fair Employment and Housing, according to the Washington Post.

After questioning whether Garcia’s suggestion to play Spin the Bottle was appropriate, Kernick said he was written up for insubordination and was fired two days later. Kernick described working with Garcia as “extremely stressful” in the complaint.

Garcia has now been accused of sexual misconduct by four former state employees, according to CBS This Morning. Garcia, who represents Bell Gardens in California, holds positions of leadership in the state legislature and was an active lawmaker in the #MeToo movement against sexual assault and harassment. Garcia was also featured as a “silence breaker” in Time magazine’s “Persons of the Year” concerning the movement.

Garcia has also been a strong critic of male colleagues accused of sexual assault and called on state Sen. Tony Mendoza and Assemblyman Matt Dababneh to resign after being accused.

We can’t change workplace culture without getting a better assessment of what is really going on- and the current system fails to give policymakers, taxpayers and employees a full picture of the problem. #wesaidenough #metoo

One of the first former legislative staffers to come forward, Daniel Fierro, told CBS that Garcia groped his butt and tried to grab his crotch after a legislative softball game in 2014. Garcia said she does not remember her behavior being inappropriate at the game or on any other occasion, but she is now on voluntary leave.

“I have faith that the investigation will make sure and have the facts come out and clear my name,” Garcia said in an interview with CBS regarding Fierro’s claims.

Looks more like a case of someone being called out more for her own hypocrisy than the actual alleged incident. If you say alcohol doesn’t excuse ones behavior, then drink and act inappropriately, hmm. I commend him for speaking out. #metoo

A few days before Politico reported on Fierro’s allegations, Garcia celebrated the passage of a California law that punishes lawmakers who retaliate against a staffer for making a “good faith allegation,” such as one about sexual assault.

Signed, sealed and delivered to @JerryBrownGov. Proud to have worked with @asmMelendez as she persisted on this essential legislation that was long overdue. Persistence has prevailed! #WeSaidEnough #TimesUp  #Ab403 pic.twitter.com/ot9AMeNtzg

Sexual assault must be condemned on both sides – male or female. #MenToo