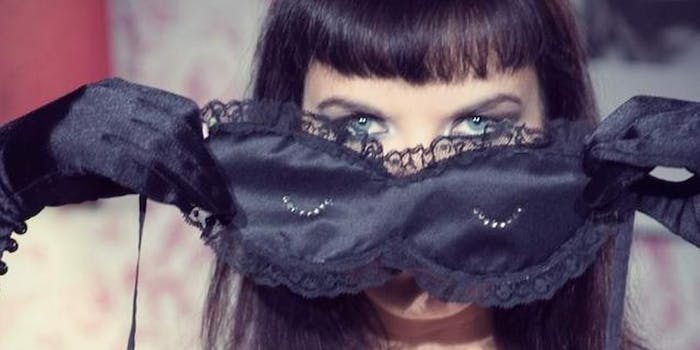 Here’s how it all goes down:

Organizers brazenly advertise the events in the community, providing basic details and getting potential attendees to submit more information before they can find out the parties’ exact location.

One account caught the attention of the Brentwood Gazette, which investigated how Twitter brought men to a hotel in the English town of Brentwood for a sex party.

The person who runs @essexbukkakee (NSFW), the account seemingly at the heart of the probe, notes the time, town, and prices for the parties on Twitter, advertising them as openly as you might discuss your evening’s TV viewing.

A pair of such parties took place last Friday. Those looking to attend had to submit their phone number through an adult site, and receive a text message as confirmation.

On Friday morning, a reporter from the paper was given the location of the hotel and instructed to show up 15 minutes early. Men waited both outside the hotel and across the parking lot from it while awaiting confirmation of the room number for the second event, in which seven men participated.

After sending a confirmation, a text message was received on the morning of the party reading:

“Venue for tonight is the Holiday Inn Brentwood CM14 5NF. Arrive 15 mins before the start (GB 17.30 Buk 19.30). Text me u have arrived and wait patiently. I will text the room no when we are ready. Don’t disclose the number to anyone. Thanks.”

Men waited outside the hotel, and at the far end of the car park, at 7.15pm until receiving the second text message:

Seven men ranging from their early 30s to early 60s took part in the second event.

A man in the room took payment and recorded the party on a mobile phone, assuring the men he would not snap their faces.

That account has retweeted and mentioned several others who are using Twitter to entice others to pony up and come to the sex parties they’re advertising. The practice seems to occur in a number of U.K. regions.