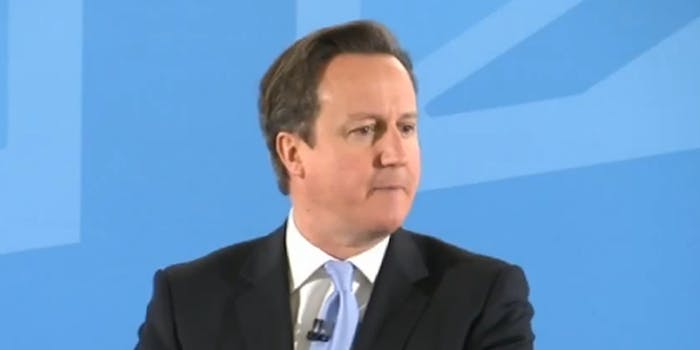 The U.K. is blocking all online pornography by default

If you want to see smut, you're going to have to ask for it.

Automatic porn-blocking filters will be put in place for new Internet provider (ISP) customers by the end of the year, Cameron said, while current customers will be contacted by their providers to ask if they want to restrict adult material on their Internet-connected devices.

The country’s biggest ISPs have agreed to the measures, meaning 95 percent of U.K. homes will be affected.

The prime minister indicated the Child Exploitation and Online Protection Centre (which believes child sex abuse images are becoming more commonplace online) will have more powers to probe the deeper parts of the Internet, those not indexed by search engines like Skype, password-protected websites, and black markets only accessible through routing software.