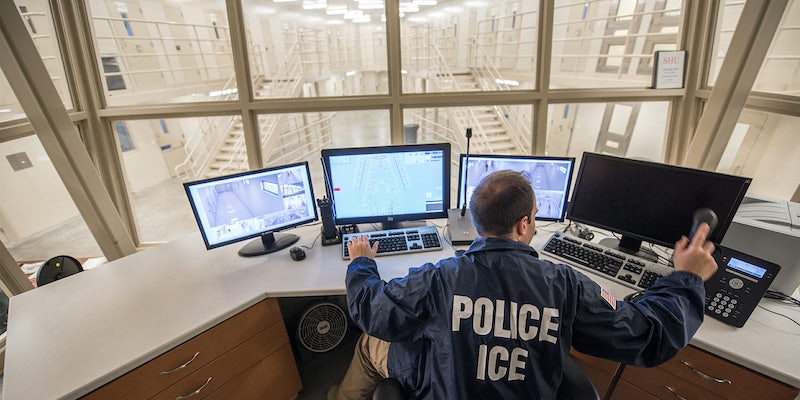 A Twitter bot is unmasking ICE detention centers across the U.S.

In the wake of Trump’s zero tolerance immigration policy, many were angered over ICE separating and detaining families, but found themselves paralyzed with the enormity of the problem. While there are some helpful guides out there, all some may need is the knowledge that the organization is operating in the middle of their communities. That’s where the @Abolish_ICE_Now bot comes in.

The bot doesn’t just share information about the facilities themselves, but also the space and community around the facility. On Twitter, the artist behind the bot, Everest Pipkin, spoke about what inspired them to create it, saying, “This bot shouldn’t exist. ICE shouldn’t exist. Prisons shouldn’t exist. But maybe we should see them, situated inside of communities where many people live, work, go to school, and have normal lives.”

The bot appeals to many different values to hit home the horror of these facilities. Some tweets point out nearby schools, some the capacity of the facilities, and some list the median income of the city, along with the cost to run the facility.

Many of the tweets also name representatives for the area, or say if an elected sheriff is running the facility. All of this combined puts the tools in the hands of anyone living near one of these facilities to protest by directly going to the facility or by contacting the people in charge of them.

This is Pine Prairie Correctional Center. It holds immigrants in detention. It is at 1133 Hampton Dupre Road, Pine Prairie, LA. Its last inspection rating was Meets Standard. The non-jailed population of the neighborhood is served by Pine Prairie Vol Fire Dept. pic.twitter.com/Wo9KNyRqJ5

This is Marion County Jail at 40 South Alabama Street, Indianapolis, IN. The facility operator is the county (SHERIFF), while the county owns it. Indianapolis has a population of 835,806 and an elevation of 715.22 ft. Homes are 9.9% vacant, 74.9% rented, and 15.2% owned. pic.twitter.com/yCDzPE6WbW

Although bots are often imagined as nuisances, they can also be tools to create art as Pipkin has done in the past, or share information, as they are doing now with the Immigration Detention Facilities Bot.

Speaking to Gizmodo, Pipkin explained that Twitter’s acceptance of white nationalists and Nazis moved them to stop making art on the platform, saying, “I still use the service myself, but felt uncomfortable making work for the platform. Those art bots don’t hold a political stance (even if I do) and that just isn’t good enough right now.”

While decrying Twitter’s complicity in Nazis spreading their message, Pipkin also said of the platform, “it remains an often best-available solution for non-network news, for conversations with strangers, for quick information dissemination, and for voicing dissent.”