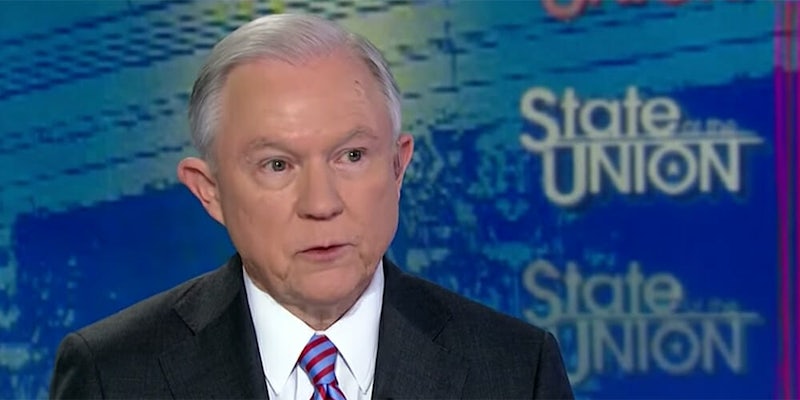 'If you cross this border unlawfully, then we will prosecute you.'

The Trump administration says it intends to prosecute every person who crosses into the U.S. via the Southwest border without authorization and won’t stop at separating parents from children, the Washington Post reported Monday.

Attorney General Jeff Sessions said the Department of Homeland Security from now on will refer as many cases “as humanly possible” to the Justice Department for prosecution, and exceptions will not be made for parents. Per Sessions:

The majority of adults who try to cross are seeking asylum to escape violence in Central American countries. But a DHS official told the Wall Street Journal on Monday that Sessions has ordered the U.S. Attorney’s office to “adopt a zero tolerance policy” for cases where prosecution is recommended.

Under the new policy, adults will still be able to apply for asylum, but they may be detained while their cases are considered. Children will be treated as if they had arrived in the U.S. without an adult. Unaccompanied children from countries other than Mexico and Canada are placed with family or in shelters while their cases are considered by immigration courts, a process that can take years.

Under current policy, many families are released whole while their asylum cases are processed.

According to Jezebel, at least 700 families have been separated by the DHS and immigration officials since last October.