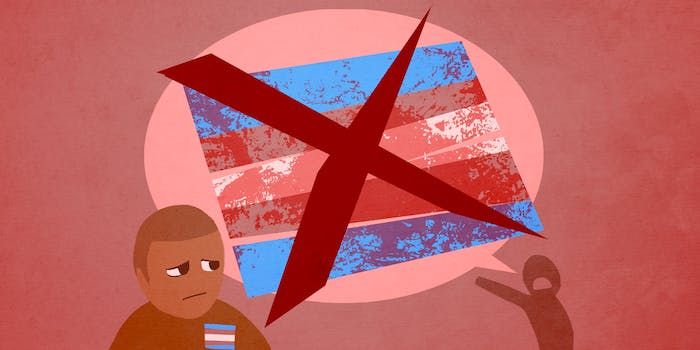 A Kuwaiti man shows how intense the anti-LGBT climate is across the Middle East.

Stan Ibrahim is the Kuwaiti publisher of the world’s only transgender Arabic-language magazine. He’s also a trans man living in a country where he could be jailed by his own government for existing.

That’s part of why Ibrahim and other transgender people in Arabic-speaking countries take to Twitter to express themselves and stand up for LGBT rights—because only there, with the anonymity of the social network, they can do so safely.

On Friday, Ibrahim messaged the Daily Dot on Twitter to point out a disturbing trend. While he and his fellow LGBT Arabic-speaking activists around the world were using the hashtag #اليوم_العالمي_للترانسجندر, which means “Transgender Day,” to promote visibility, others were using it to mock and degrade trans people—even to issue violent death threats.

“I live in Kuwait, but all Gulf or all Arabian countries are getting bad treatment from normal people, and worse from the government,” Ibrahim told the Daily Dot in roughly translated English.

Arabic-speaking trans people use the hashtag regularly, but they were making an extra effort to tweet on Friday in order to celebrate an event thousands of miles away: the Texas Transgender Nondiscrimination Summit. The summit, which began Friday, is in its eighth year of bringing together trans rights activists from across the U.S.—and Ibrahim and friends hoped to reach out and bring the attention of those activists to their oppressive situation in the Middle East.

Ibrahim translated many of the transphobic and homophobic tweets into English in order to show the more visible, and privileged, LGBT communities in the U.S. and U.K. how intense the anti-LGBT climate is across the Middle East.

“They are a drop in a bucket of what we transgenders face every day,” said Ibrahim in one of the tweets. “Transphobia exists here and it is very real.”

Many of the anti-LGBT tweets that have been swarming the hashtag threaten epic levels of violence, from “the sword” to suggestions that LGBT people should be killed en masse “just like how Hitler burned the Jews.” 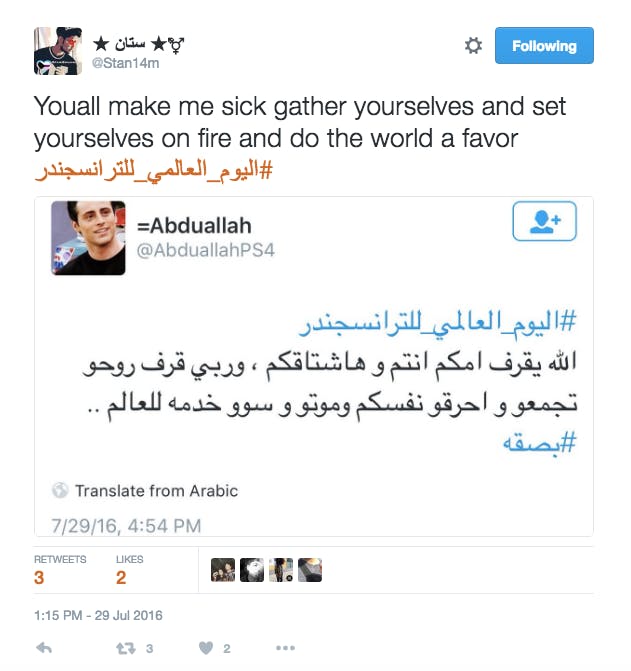 As Ibrahim shows through the English translations, the Arabic equivalent of the slur “f*ggot” is a frequent epithet that appears in the hashtag—with many chiming in to say that “Transgender Day” should be renamed “F*ggots Day.” 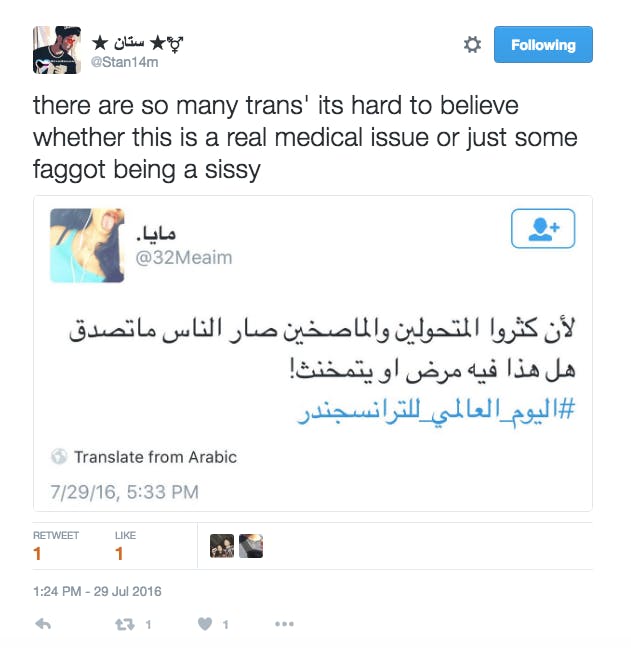 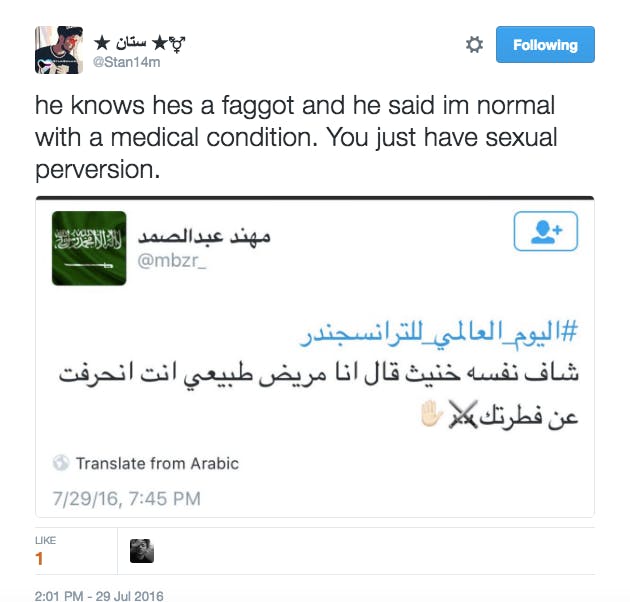 The condemnation of transgender and LGBT people in the Arabic world, highlighted by responses to this hashtag, is a particularly dangerous reality for those living in countries occupied by ISIS. In parts of Syria and Iraq, ISIS jihadis have gone as far as tying up gay men and throwing them off the tops of tall buildings, releasing the footage to the horror of the world.

But with one digital magazine, a hashtag, and a lot of fearlessness, Stan Ibrahim and others like him are slowly and deliberately trying to change their culture—dreaming of one day being able to live safely and openly.