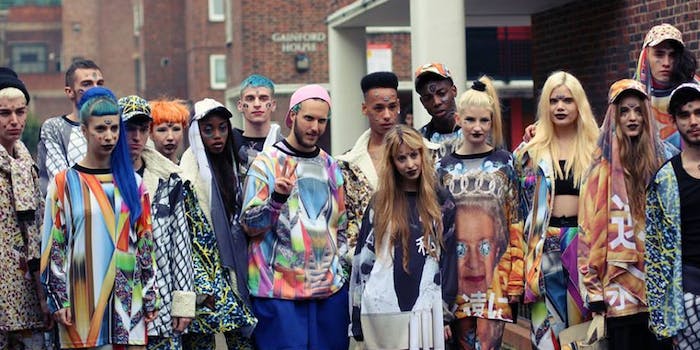 Whether you're into Health Goth or Soft Grunge, we've got you covered.

Fashion is dead. Long live the niche aesthetic. This counts double for those of us on Tumblr, where new micro-trends are constantly emerging via teen blog layouts and memes. Some of these trends end up on the streets IRL, with people either making pieces themselves, or finding similar versions on Etsy or in thrift stores.

The archetypal Tumblr aesthetic is difficult to describe, but it’s like the combination of a clumsy graphic collage made out of a Windows 98 screensaver, photos of Greek statuaries, and a cartoon hamburger. It’s sometimes difficult to tell if aesthetics like Health Goth or Soft Grunge are examples of Tumblr self-parody, but in the end, it doesn’t really matter. People are genuinely choosing to dress in these styles, so we’re here to guide you through this fashion wilderness. 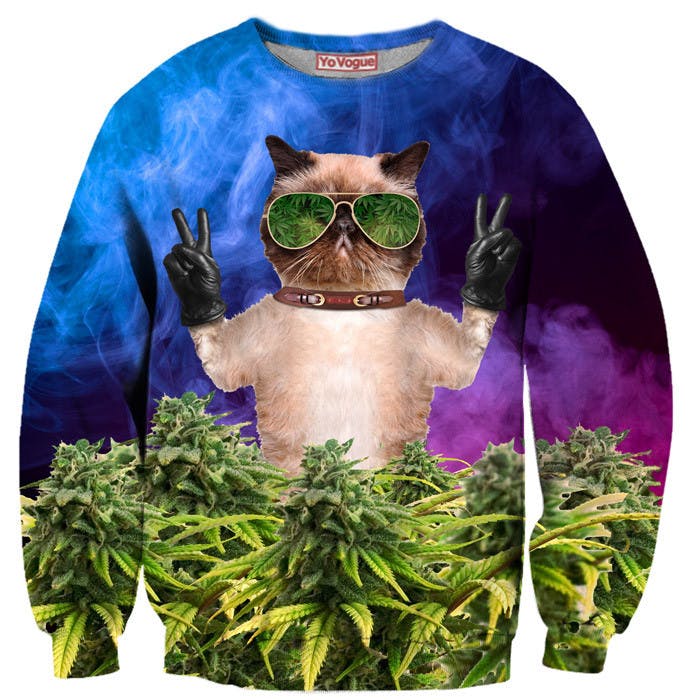 This is one of the more accessible Tumblr trends, a cutesy reinterpretation of grunge for people who were born after Nirvana broke up. (Put it this way: If you’re old enough to remember the early ’90s, you won’t be able to pull it off.) Think tie-dye fabrics, smiley face buttons, Doc Martens, Goosebumps T-shirts, and a Kristen Stewart-esque plaid shirt on top. 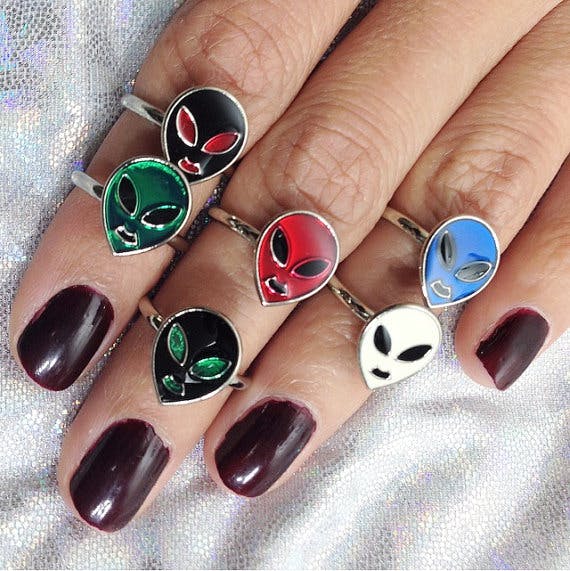 The pastel aesthetic describes everything from Kyary Pamyu Pamyu‘s lolita-influenced color scheme to Lana Del Rey‘s faux-retro aesthetic. (Note: There’s some overlap with Soft Grunge, but while Soft Grunge is more like the burnout girl in your homeroom who smoked menthols under the bleachers, Pastel Goth is like if that girl went shopping at Claire’s after school.)

You’ll see this style all over Tumblr, mostly in the form of pastel-colored blog backgrounds, photos of clouds and macaroons, kittens, Rookie magazine, inverted crucifixes and Illuminati symbols, pale lilac hair, semi-ironic floral collages, and plenty of skeleton imagery. OK, actually, everyone on Tumblr is obsessed with skeletons. But if that skeleton is wearing a flower crown, it’s pastel goth. 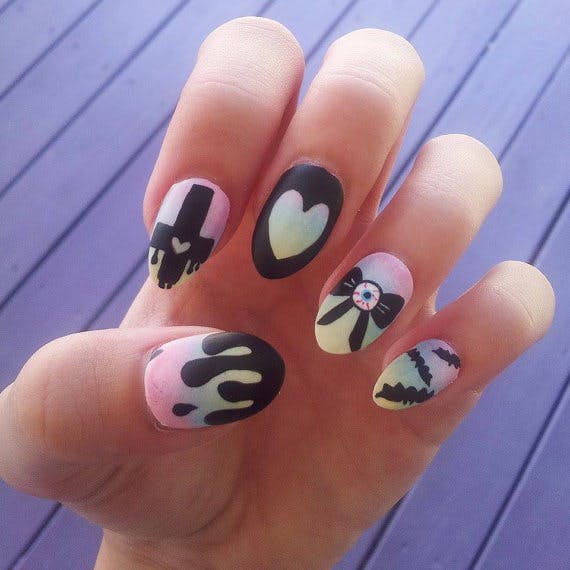 If you’re one of those people who likes to think they’re on the cutting edge of fashion, you’re probably muttering to yourself, “But Health Goth is DEAD.” Our argument against this theory is twofold. First of all, Health Goth is not dead, it’s just become more mainstream than its original state of “obscure Internet trend that sounds ridiculous enough that it might be a hoax.” Second, any style with the the word “goth” in the title thrives in death. Health Goth is dead, undead, undead. 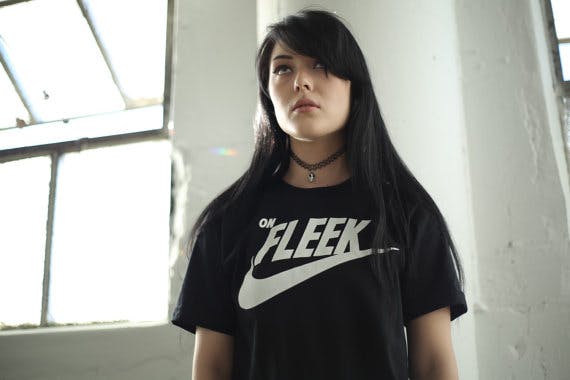 If you want to examine the supposed philosophy behind Health Goth, we invite you to read one of these articles from Marie Claire, Vice, or the Observer. Basically, it’s just goth looks for very clean, sporty vampires with shiny ponytails, who only drink the blood of people who have recently consumed a lot of electrolytes. That sort of thing. Also, lots of neon sneakers and sports bras.

Today’s mistake is tomorrow’s proof of artistic authenticity. That’s why people prefer old antiques with a faint tarnish, and why vinyl records are always in style. For the Tumblr generation, this aesthetic nostalgia is already tied up in the trashy look of old Geocities pages, in the much-parodied tropes of vaporwave, and in glitch art.

There’s a lot of crossover between glitch and seapunk, which never really caught on IRL but is still alive and well online. The best example is Azealia Banks‘s 2012 video for “Atlantis,” which combines all the necessary elements: a blue/green/purple color scheme, retro 3D graphics, tacky fonts, and animated sea creatures. If you feel a burning desire to immerse yourself in this world of glitched graphics and post-cyberpunk ’90s nostalgia, just follow a vaporwave blog.

Shopping suggestions: This Etsy store for pixellated shirts, YoVogue’s pizza hoodies, Glitched knitwear from a hacked knitting machine, fashion designer Nukeme, Giddy Tees‘ remixed art shirts, Gzeon’s Pokemon sweaters. Take inspiration from M.I.A., who, as ever, was doing this before anyone else. Follow @Glitchr_ on Twitter. 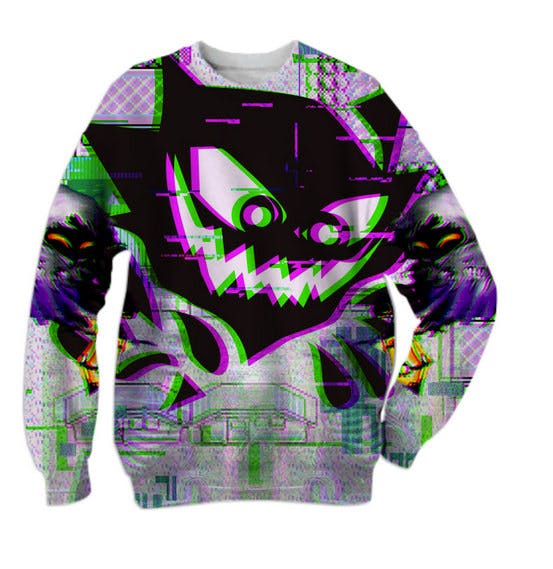 Geek fashion is such a massive industry in itself that you may be better off just going to sites like Etsy and Zazzle and searching for your favorite fandom. There’s always the option of stealth cosplay, or a more subtle form of cosplay, which doesn’t even require you to buy any new clothes. 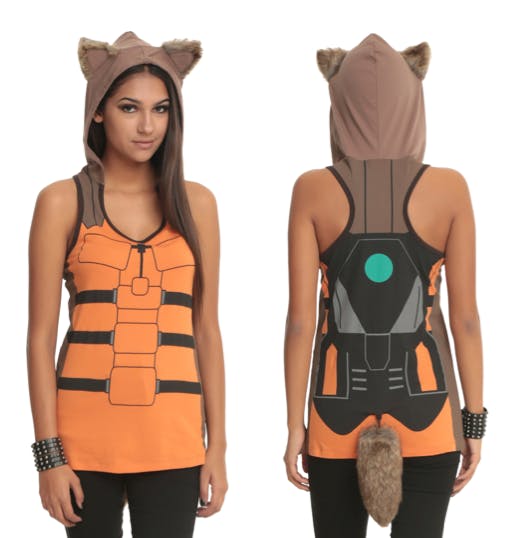 Luckily, we already have a wealth of resources at the Daily Dot, thanks to Lisa Granshaw, our geek fashion correspondent. She’s road-tested fandom nail art, investigated geek menswear, proved the difference between Black Milk leggings and cheap knockoffs, and taken a look at the world of cosplay fashion shoots.

Photo via SEAPUNK/Wikimedia (CC BY 3.0)