Donald Trump said he wanted a wall and now he's got one.

Donald Trump said he wanted a wall and now he’s got one.

The Kappa Alpha Order at Tulane University upheld an annual tradition of building a sandbag wall around its fraternity house. But this year students added a political touch by tagging the wall with “Make America Great Again” and “Trump” in huge, spray-painted letters. 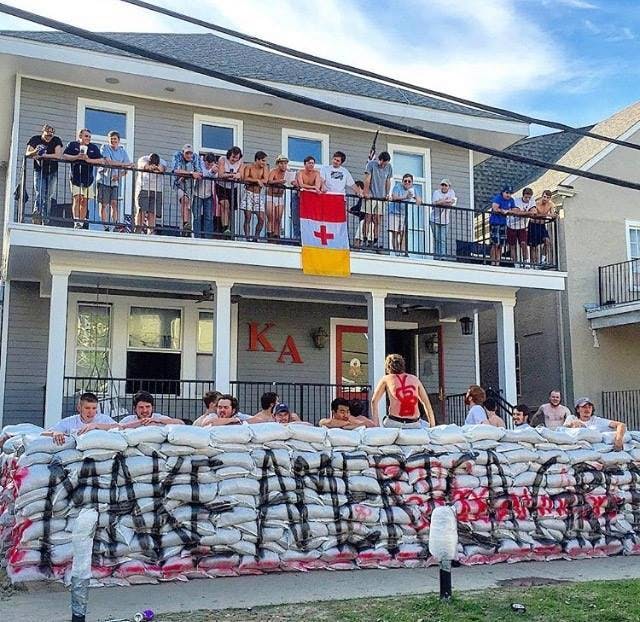 A photo circulating Facebook and Reddit shows typical college dudes in typical frat attire (i.e. shirtless, ball caps, etc.) posing in front of their house to show off something that surely their pledges should take the real credit for.

In a statement emailed to the Daily Dot, a Tulane spokesperson said that the Trump tie-in was intended to satirize his campaign slogan:

Every spring the Kappa Alpha (KA) fraternity erects a wall around its chapter house, which is on private property. The leadership of KA’s local chapter says that adding Donald Trump’s name and slogan to this year’s wall was done in order to satirize the candidate’s campaign promise, not to show support for him. The wall has since been dismantled.

But the student body was apparently not in on the joke.

Campus Latino communities in particular immediately took to social media to express their frustration. Tulane Jewish studies student Dillon Pérez posted this message out to his peers and groups on Facebook and included photos of the fraternity house:

“…[t]hey built a wall filled with connotations of hate and ignorance, directly mocking the experiences of Latino immigrants and workers throughout our nation. By writing “TRUMP” in large, red letters across their “wall,” KA changed what was a tradition of building a wall into a tradition of constructing a border, symbolizing separation and xenophobia. This issue not only affects Latinos but all other marginalized immigrant groups in this country.”

The wall had stood since Thursday, having been consecutively built and taken down.

Kappa Alpha does this tradition every year to guard the Confederate flag that the chapter is not allowed to display in public. But the brothers have never used it to make a direct political statement.

Concerned students began reaching out to Pérez as the student leader of Generating Excellence Now and Tomorrow in Education (GENTE,) a group dedicated to making campus more welcoming for “Latinos, Hispanics, and Iberian descendants.”

“This is the first time anything has been written on this wall targeting students. Understanding the ramifications, it makes us feel entirely unwelcome and unsafe on this campus,” Pérez told the Daily Dot. 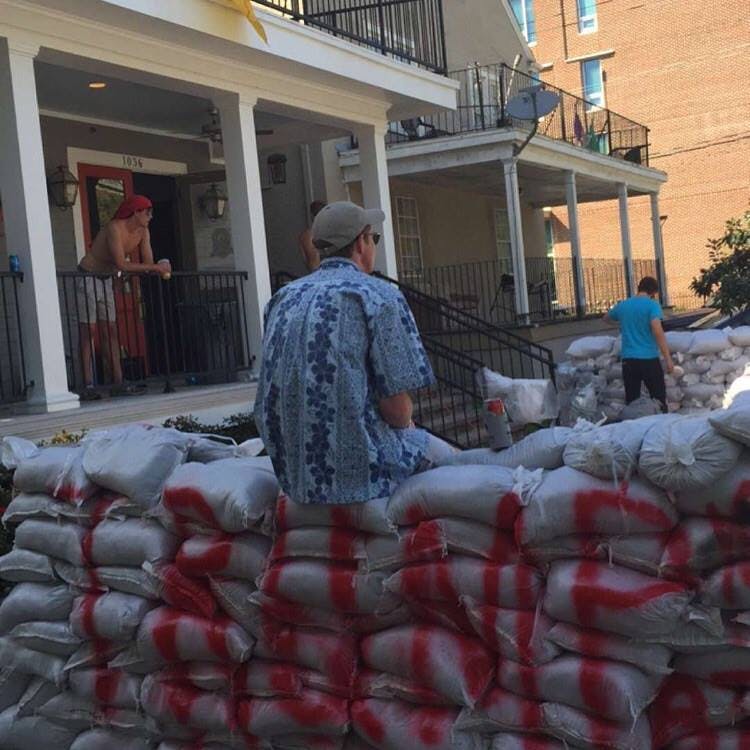 Shortly after the wall was erected, a video—since removed by the user—began circulating showing a group of young men, allegedly Tulane football players, taking the wall down. Pérez said this is how some students have been responding to the statement.

After GENTE’s meeting Monday night, students took to Facebook to expose the the wall, hoping it would go viral to raise awareness about the many race-related issues students work against at Tulane. Just two weeks ago, GENTE met with Kappa Alpha to address the racial implications behind its annual Old South event, where the chapter commemorates Robert E. Lee, among other Confederate traditions.

“We want answers to why those haven’t been addressed and create a better dialogue and create positive change,” Pérez said. “Millions of immigrants built this city, built this campus, and rebuilt the walls of the streets where [Kappa Alpha] put up this wall and we’re not going anywhere.”

Kappa Alpha did not respond to a request for comment.