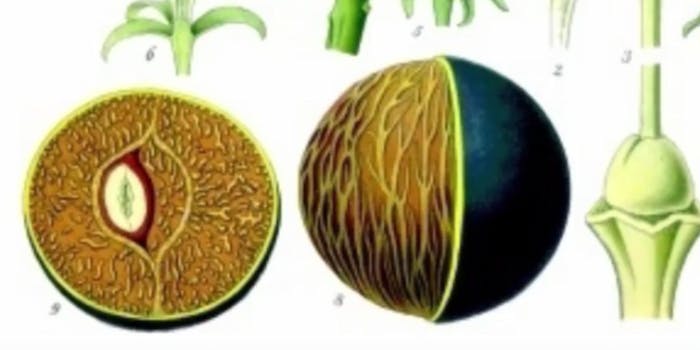 Screengrab via They Will Kill You/YouTube

Her mother is trying to understand how this happened.

For five dollars, you can buy a few packs of gum or a foot-long sandwich. But for Lucia Anderson, it was enough to purchase the product that would end her life.

Lucia, 22, was a transgender woman from Calumet City, Illinois, south of Chicago. According to her mother, Natosha Anderson, she had recently transitioned to a woman, and had lived most of her life as Bernard McCalip. She said bullying at school likely contributed to Lucia’s suicidal thoughts.

According to Natosha, Lucia died after ingesting pong pong seeds she purchased from Thailand for $5. Her mother never saw the box arrive, but she did witness her child die a “slow” and “painful” death, she told ABC7.

Forensic toxicologist Justin Brower writes a blog called “Nature’s Poisons,” with the tagline “Mother nature is out to get us.” He wrote a post last year detailing the source and effects of pong pong. He provided a scientific explanation of what happens when cerebrin, the flower from which the seeds come from, enters the body.

Like oleandrin, cerberin binds to and inhibits cellular Na/K-ATPase – the so-called “sodium/potassium pump.” This pump transports sodium out of the cell, and potassium into the cell, necessary for action potentials in exciting nerves and muscles. When deactivated, sodium accumulates inside the cell, which then leads to an increase of intracellular calcium and extracellular potassium. The increase of calcium leads to an increase in heart contractility (inotropy) (1, for a review). In healthy people, this is a bad thing, as the heart is contracting  much harder than it needs to, which could lead to an arrhythmia. And the increase in potassium? The medical term for that is hyperkalemia, and is actually induced in rare instances by the injection of potassium chloride…in lethal injections.

Brower wrote that it is known as the “Suicide Tree,” and for good reason. He said that according to a 10-year study in India, Cerbera odollam was responsible for 537 poisonings, or half of all plant poisoning. He said that it is most popularly used in suicides, but has also been known to be used in homicides.

A Google search reveals the pong pong seeds are easily available for purchase online via popular sites like Amazon and eBay, making it an attractive option for people who are struggling with mental health issues and thoughts of suicide.

Sadly, Lucia’s case is far from common. The prevalence of suicide attempts among American transgender people is far higher than the national average. According to statistics from the American Society for Suicide Prevention at the Williams Institute, regarded by top LGBT organizations as the most accurate keeper of such statistics, the numbers are staggering.

“The method this woman used to commit suicide is far less important than the fact that she is a trans woman of color who took her life. Forty-one percent of trans people have attempted suicide, as opposed to about 4 percent of the general population,” Jay H. Wu, media relations manager for the National Center for Transgender Equality (NCTE), told the Daily Dot.

The prevalence of suicide attempts among respondents to the National Transgender Discrimination Survey, conducted by the National Gay and Lesbian Task Force and NCTE, is 41 percent, which vastly exceeds the 4.6 percent of the overall U.S. population who report a lifetime suicide attempt. It’s also higher than the 10-20 percent of lesbian, gay, and bisexual adults who report attempting suicide.

Though statistics vary among age groups and demographics—multiracial respondents were at 51 percent and less educated people were at 48-49 percent—the researchers were most shocked by how high the numbers are.

“Overall, the most striking finding of our analysis was the exceptionally high prevalence of lifetime suicide attempts reported by NTDS respondents across all demographics and experiences,” the task force wrote.

Natosha, for her part, is trying to spread awareness: Not about caring for a trans child, but about making it more difficult to procure toxic materials online.

“I can go online and purchase something for $5—$5 and that can literally devastate a family and kill someone,” she told ABC 7. “I don’t understand.”