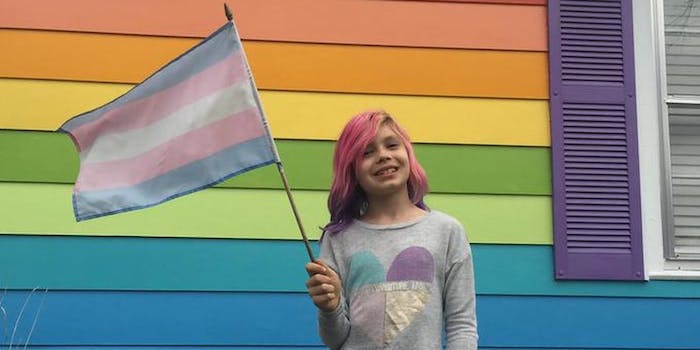 Everyone in Topeka, Kansas, knows about the Equality House. The rainbow-painted ranch home sits across from the anti-gay Westboro Baptist Church. It’s the brainchild of Planting Peace, which uses it to counter the group’s incendiary rhetoric.

Planting Peace has trolled the Westboro Baptist Church by, among other things, hosting a same-sex wedding for Gandalf and Dumbledore and traveling to Antarctica to declare it “the world’s first LGBT-friendly continent.”

But once a year, Equality House’s rainbows are painted over with the pink, white, and blue colors of the transgender flag, with the goal of representing a wider spectrum of the LGBT community. That’s when 8-year-old Avery Jackson first visited with her mom Debi.

“I loved the Rainbow House when it was painted like the transgender flag,” Avery said in a statement emailed to the Daily Dot on Wednesday. “I felt so happy and proud to be transgender.”

Now, Avery is helping Planting Peace raise funds to buy the house next door and open a permanent Transgender House that will honor kids like her.

In a YouTube video posted by her mother, Avery points to the unpainted white building and says, “I want to buy that house and paint it with transgender colors!”

Planting Peace launched the crowdfunding campaign for Transgender House at noon on Wednesday, with a $70,000 goal. It had raised nearly $2,000 in just three hours.

“Avery’s confidence in herself soared after visiting the Equality House when it was in the trans colors,” her mother said. “She insisted that I post her photo standing in front of it for everyone to see online.” 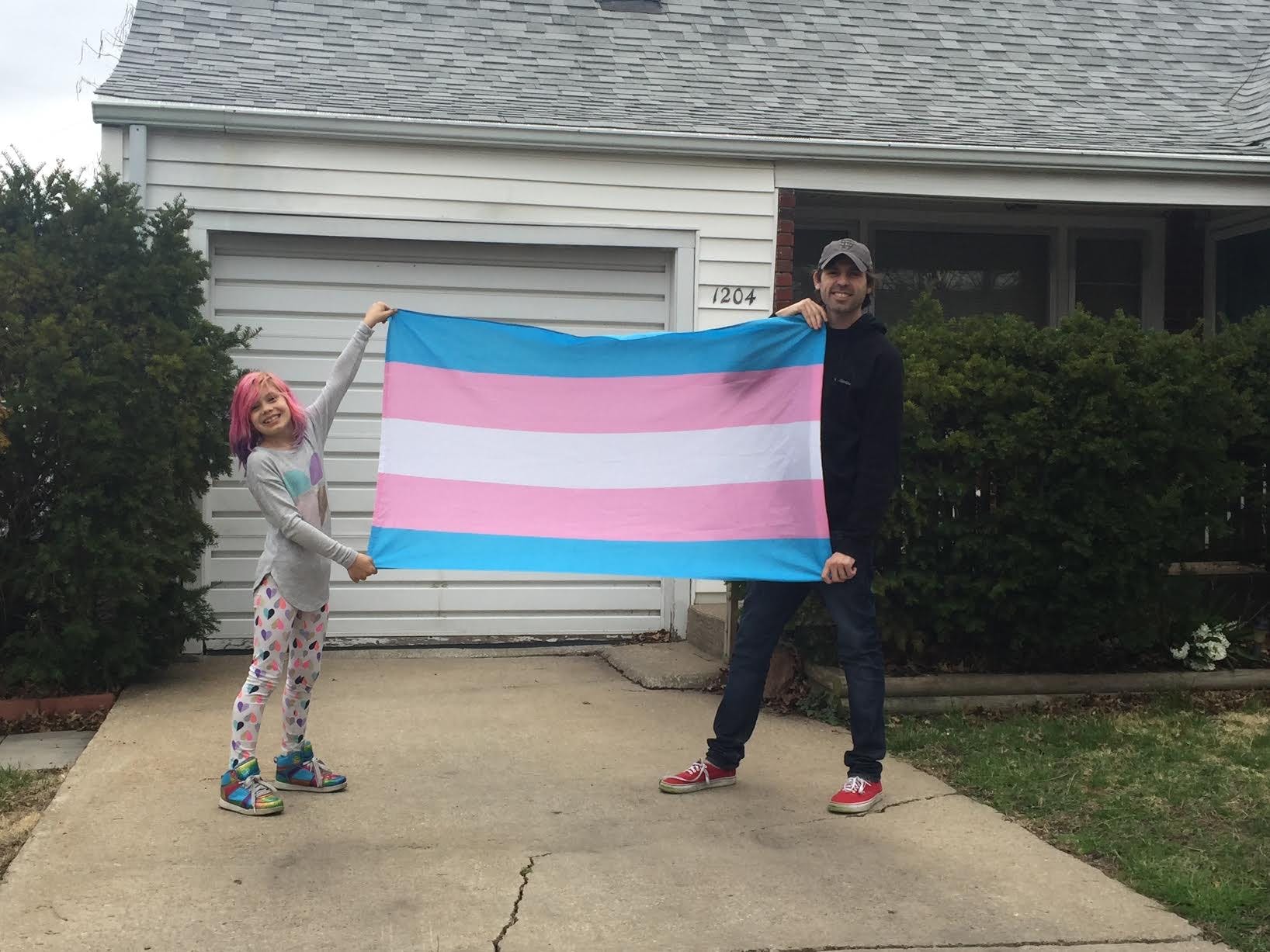 Planting Peace founder Aaron Jackson (no relation to Avery and Debi) said that, like Equality House, Transgender House will serve as a symbol of hope for the LGBT community—especially, he said, for people victimized by violence and bullying.

“I was deeply touched when Avery visited us and said it brought her joy and gave her confidence,” Jackson said in an email to the Daily Dot. “She inspired us to partner with her to create a symbol of support for the transgender community by expanding the Equality House and permanently painting our neighboring house the colors of the transgender flag.”

Avery addressed the discrimination that transgender people face with the knowledge and sophistication of an activist far older than her eight years.

“I wish people weren’t afraid of transgender people,” said Avery. “I’m not a monster. I’m not scary. I just want to be treated like every other human.”