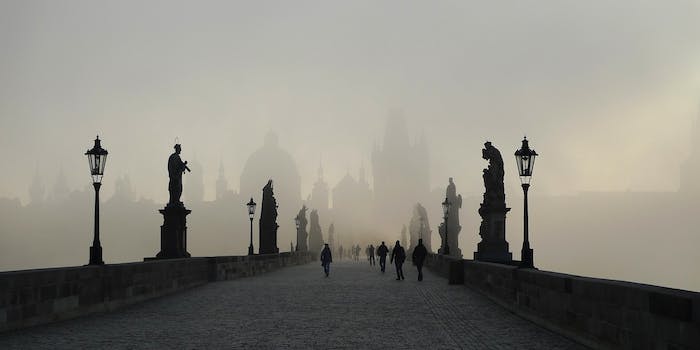 At least three trans teens have attempted suicide this year after leaving a public message on social media.

Since the Dec. 28 death of Leelah Alcorn, at least four more trans teens and young adults have attempted or completed suicide after leaving public notes on social media accounts.

In the wake of this pattern of public violence, trans teens on social media have been struggling to honor the victims while simultaneously protecting vulnerable members of their community.

In each of those deaths, along with a fifth unverified instance of an attempt, the victims broadcast their decision using social media:

In addition, seven trans women have been murdered in the U.S. so far this year.

Even for a community with extremely high rates of violence and suicide, 2015 has brought with it an overwhelming amount of public attention, as well as a major conflict for trans individuals and their supporters: the question of how best to publicly discuss and remember the lives lost, without triggering a wave of ideation and contagion.

Many trans Tumblr users and supporters are now begging other users of social media to tag their content accordingly, so they can avoid having to see it.

“Can someone please listen to me?” wrote a Tumblr user named Toby over the weekend.

I am transgender. Yeah, we all get that. Its a pain in the ass, I get plenty of shit for it. Im not worth much.
Please. Dear god [use] #transsuicides// as a trigger tag. Because if I keep seeing these articles, Im tempted enough to follow example.

Part of the reason that the recent trans deaths have gotten so much public attention is that several of their funerals were tinged with transphobia. Alcorn, Mahaffey, and Rose were misgendered and referred to as their previous birth names in their obituaries, memorials, and funerals. Rose’s obituary and funeral service reportedly listed her as the opposite gender, even though she had legally changed her name. Her family also chose to bury her as a man.

In the wake of this kind of transphobic misgendering, the social media hashtags that reiterate and emphasize each of the victims’ chosen names are powerful, simple ways to speak to the larger culture of repression that contributed to their deaths to begin with.

So, too, are the many pieces of artwork that have circulated on Tumblr since the deaths. In particular, artwork depicting Alcorn and Mahaffey as their chosen gender allows supporters to honor their gender identities and repudiate the transphobic culture at large.

But as the Washington Post recently noted, the images depict the victims as idealized heroes, which could lead to vulnerable members of the transgender population viewing them the same way. The extremely prominent social media discussion around the recent onslaught of trans violence also appears to have significantly impacted several of the victims.

Prior to posting his note on Instagram, Shrum uploaded a photo intended as an homage to both Alcorn and Mahaffey, noting that Mahaffey’s thoughts about gender and suicide were “identical” to his own. The day before her death, Shine shared an article on Facebook about the murder of another trans woman, Sumaya Ysl. Commenting on the article, she wrote:

Although the social media hashtags currently circulating in the victims’ honor are intended as a call for justice, many teen trans social media users find them frightening and triggering. “I’m gonna stop reblogging suicide of trans kids,” wrote one trans teen on Tumblr last week who worried that the predominance of such posts would trigger their own tendency to self-harm. “I’m fully convinced that copycat suicides are a thing. As much as I want the cis people to treat us better, I care more about trans people hurting and killing themselves.”

Many social media users are preparing to host a day of remembrance for Mahaffey on March 7, which would have been his birthday. Meanwhile, the social media support vehicle that would, ideally, reach kids like Mahaffey has turned into a spectacle for Shrum and his family.

Although Shrum’s note triggered preventative action on his behalf, with someone placing an anonymous call to emergency services, a Tumblr post claiming that he actually completed a suicide attempt currently has over 100,000 notes and is still getting reblogged. Shrum’s sister, confirming that Shrum is alive and currently receiving medical care, wrote, “that feeling of relief was immediately replaced for me with a feeling of sickness and disgust at what proportions the internet has blown this to.”

The Tumblr user who uploaded the false note did so without attempting to confirm whether he’d successfully completed the suicide attempt. “YOU ALL MADE AN UPROAR FOR LEELAH. YOURE TRYING FOR ZANDER.
LETS DO IT FOR DAMIEN TOO.
WE LOVE YOU DAMIEN.”

It’s almost as if the need to publicly mourn the dead has taken precedence over ensuring the safety of those who are living.

Photo via romanboed/Flicker (CC BY 2.0)