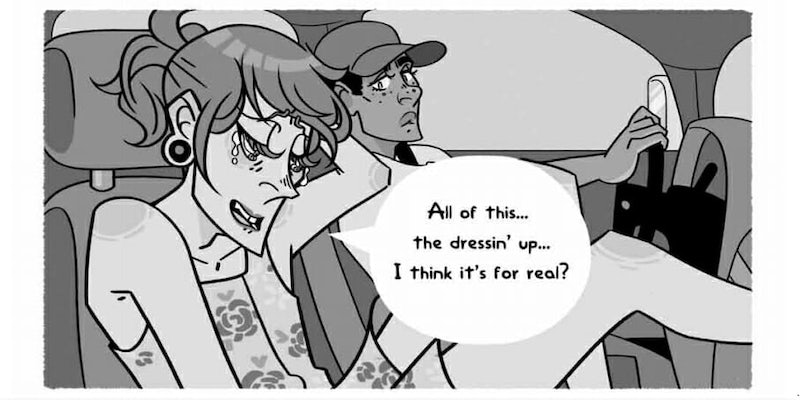 There's a long legacy of trans women working in comics.

Trans literature has recently been on the rise. From April Daniels’ young adult novel Dreadnought to Instar Books’ trans erotica anthology Nerve Endings, it seems like every genre is getting a taste of trans voices. And now, the world of comics is about to receive its own dedicated transgender collection.

We’re Still Here is an upcoming transgender comics anthology published by Stack Deck Press and edited by Tara Avery and Jeanne Thornton. The collection promises 55 stories on release, from 55 creators and teams. Spearheaded by transgender editors, and created entirely by transgender artists, the anthology promises to cover everything “from fiction to nonfiction, escapist fantasy to slice-of-life memoir” and more.

Sample plotlines include “a trans woman uses MDMA (with complex results),” “a trans woman visits her grandmother for Christmas (with complex results),” and a comic where “trans women pilot giant robots with impeccable synch ratios.” Artists and writers range from a variety of projects, from trans webcomic artist Sophie Labelle to cartoonist Annie Mok, and the collection promises approximately 300 pages of graphic narratives driven by “gorgeous art” and “sardonic whimsy.”

For Thornton and Avery, the comic anthology is bittersweet. Nearly five years after Topside Press’s The Collection rebooted the trans literary scene, We’re Still Here appears to be the first trans comics anthology in existence.

“As far as Tara and I know, it’s literally the first anthology of its kind,” Thornton told the Daily Dot. “You would think that would not be true with comics, which has been kinda more inclusive in ways than other media. Trans women have worked on comics for Marvel/DC since the 1980s, even.”

As a reminder: Openly trans creators have been at Marvel and Dc since AT LEAST 1993.

Jeffery Catherine Jones was also working since the late 60's. Did work for numerous comics, and was a wonderful talent. pic.twitter.com/5eReHY8jdK

We’re Still Here is currently soliciting contributions on Kickstarter until Aug. 18, with a goal of $17,000. As of this publishing, over $2,000 has been pledged to the project. A greyscale preview look at the collection is available for potential backers, with the finished book in color if the project reaches its goal.