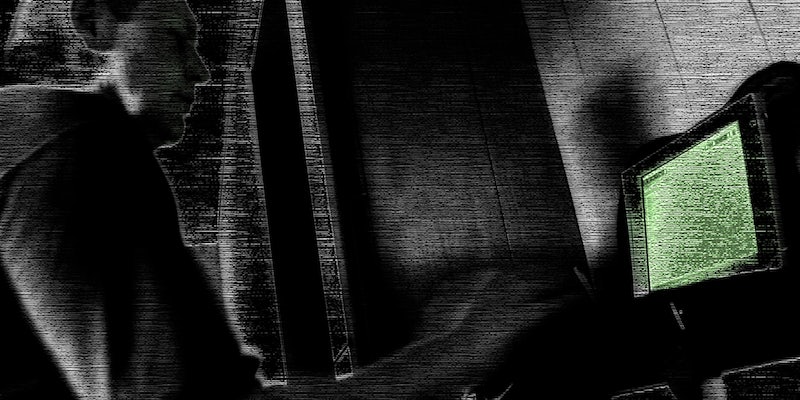 A tourist’s guide to Tor, the gateway to the Dark Web

In light of the Freedom Hosting bust, it's time to survey the landscape of the Dark Web and see what still exists.

Until just a few weeks ago, Freedom Hosting was the biggest hosting service for sites that hid behind the anonymizing software of Tor—what’s known as the Dark Web. After Freedom Hosting shut down last week, following the arrest and extradition trial of its alleged owner in Ireland, the Dark Web got even darker. A lot of websites disappeared.

What’s the full extent of the damage? It’s time to survey the landscape and see what still exists.

Previously, Tor users Nekro, chisquare, and TriPh0rce wrote and maintained a great guide to hidden services. However, their guide was last updated on June 1, so it doesn’t reflect the extraordinary changes that have occurred recently.

The Daily Dot does not advocate the use of Tor or any of the illegal services that may be available through it, but it’s important to recognize and acknowledge those activities—especially in light of the apparent federal action.

These sites (called onions on the Dark Web) do not turn up if you search for them in Google, and users require a special, encrypted browser to access them.

Here’s a tourist’s guide to Tor’s hidden services, a broad geography of the Dark Web.

The Evil Wiki is, for many, the point of entry to Tor and the Dark Web. It is dutifully maintained, well-designed, relatively informative, and also a good place to look for international content.

Silk Road is the famous illegal drug market doing tens of millions of dollars in business per year. The Silk Road Forums are probably the most active on the Dark Web.

WikiLeaks is Julian Assange’s international nonprofit organization turned political party, responsible for the publication of some of the most high-profile leaks in recent history.

The information buried in the Dark Web is serious, exhaustive, and troublesome. There are multiple libraries devoted to pirated books, music, hacks, and exploits, like one that apparently removes Apple DRM from media. You can find everything from anarchist texts to doxxes—the public disclosure of personal information—of famous people.

Parazite is a strange, scatterbrained anti-censorship library of files and links that revels in its own weirdness. Nekro’s old guide to Tor called Parazite (by Marko Sihvo) “incredibly strange but incredibly well made.” The curious reader will be left bewildered, concerned, disgusted, impressed and then everything all over again—in any order.

I2Person is a sometimes-updated blog by chisquare, owner of Oniichan and Nameless IRC.

Dark Like My Soul is a blog about the Dark Web and poetic little nightmares.

Beneath VT documents the extensive tunnel system under Virginia Tech.

Encyclopedia Dramatica is the onion version of the famous archive of Internet drama.

OnionNews is a new but rather popular Dark Web news service. The service itself just copies journalist’s stories (for instance, here’s a copied Daily Dot story), but the comment section is lively in the wake of the Freedom Hosting bust. It will be interesting to see if it survives past this news cycle.

The Dark Web has its communication lines that enable secure and confident exchanges of information.

SMS4TOR is comparable to Snapchat. It’s a quick messenger service that deletes notes once they’re read.

TorChat is a rather simple anonymous messenger designed to fit nicely into the Tor environment.

Salty Pad allows collaborative document writing on Tor. However, most users have recently disabled the scripts required to use it.

Imagine the seediest flea market in the world, a place where drugs and guns are openly sold but with a difficult-to-trace crypto-currency. Silk Road has received must of the public spotlight but there are other competing markets.

Atlantis is the newest drug market on the block. It’s currently shooting for its first million. The Atlantis forums move slowly, but it’s not quite a ghost town.

The Dark Web isn’t just a space. It’s a lifestyle, and there are a number of services necessary to maintain it.

Bitcoin Fog (discussed here) launders the digital currency and attempts to erase any trace that might be made back to a real identity.

Indymedia Keyserver is a Tor-based PGP (Pretty Good Privacy) keyserver that allows you to widely distribute your PGP key and make secure communication between strangers easier.

Electrum is an anonymous Tor server to access an Electrum Bitcoin wallet.

Is it up? checks the status of Tor’s notoriously inconsistent hidden services. You can see if a website is down for everyone or just you.

The default port is 6667. You can type “/list” in the dialog box to see all the channels.