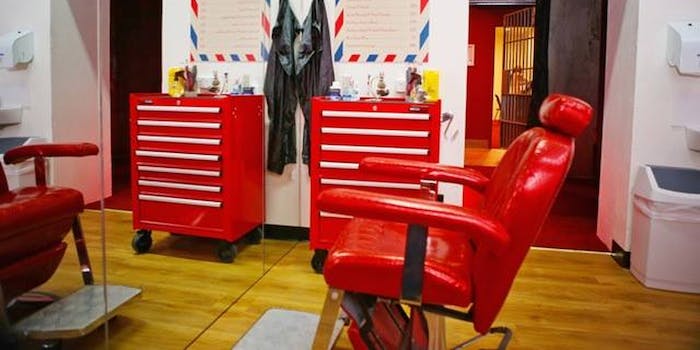 An Australian community is divided over a topless hairdresser working in a strip club.

Strip clubs tend to attract two things: people who want to see boobs and controversy. The former group makes these clubs lucrative, but controversy can drive them out of business. The Vault on Ruthven, the first strip club in Toowoomba, Australia, is no stranger to either. 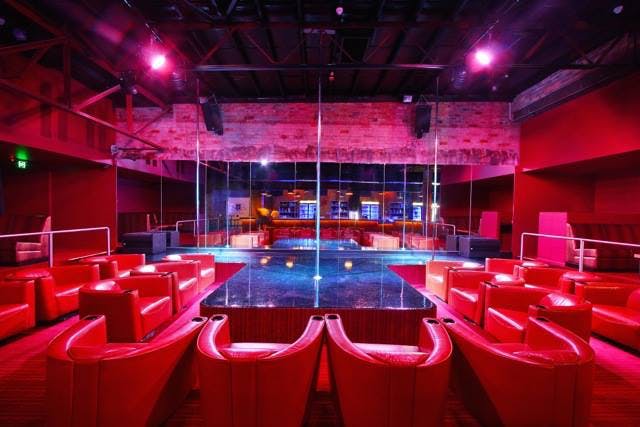 Since opening, the club has faced protests from conservative community members; in particular, some residents are offended by a novelty service the club provides, a topless hairdressing session from Breanna Francis, who calls herself the “Barbie Barber” (below). (Click here to see her in action.) 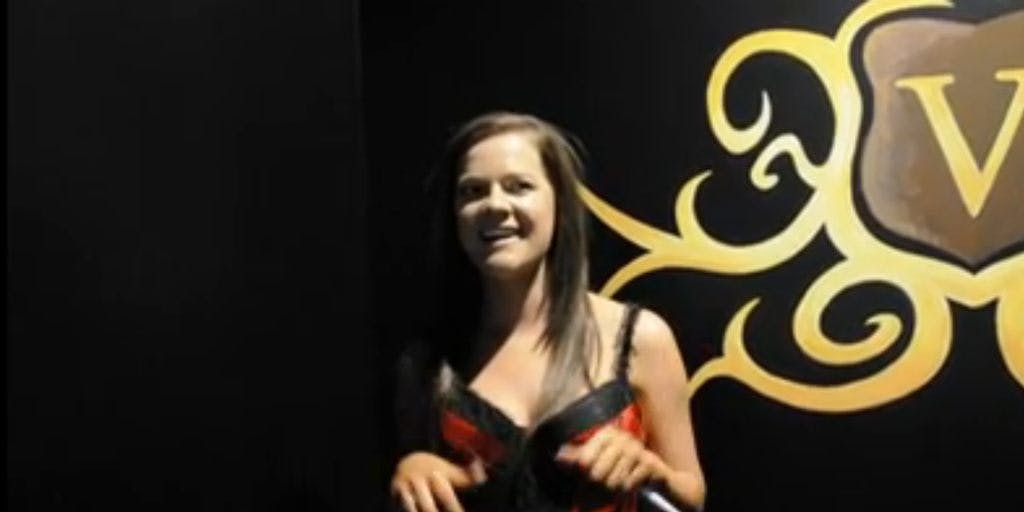 Courier Mail reports residents said the addition of the hairdresser felt like the club was “rubbing our noses in it.” 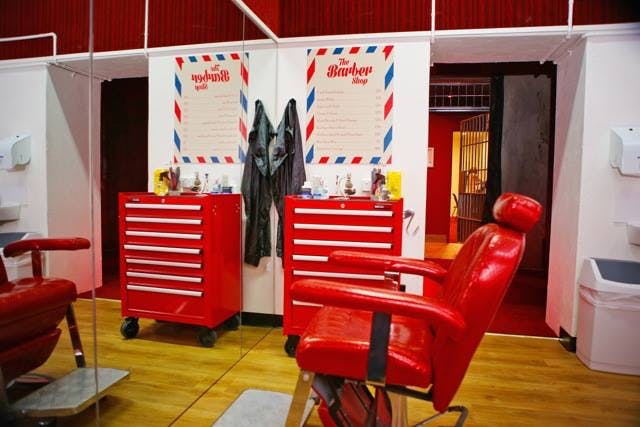 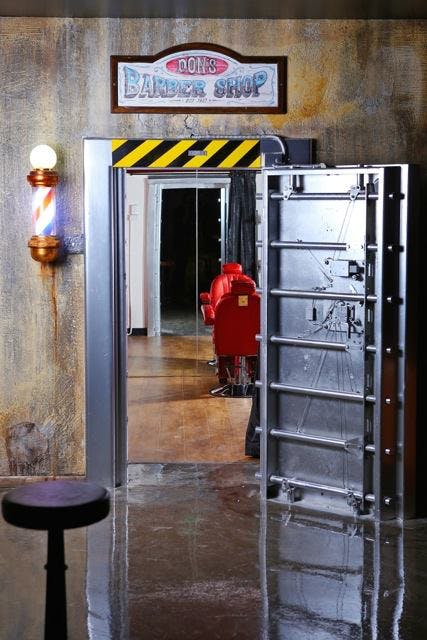 Topless hairdressers aren’t actually that uncommon in Australia; in both Brisbane and Sydney, there are full-fledged topless barbershops (and the one in Sydney opened in 2012). So this isn’t some completely foreign concept. In fact, many suspect media emphasis on the backlash is misplaced.

While protesters have called for the closing of the club, other residents are coming out in support of the Vault on social media platforms like Twitter and Facebook. On the Vault’s Facebook page, there’s healthy backlash-against-the-backlash as residents speak out against the complaints.

More careful checking ID then many other places in Toowoomba, pleasant environment and no sign of drunkness near the Vault when I went in the opening week. No religious person has the right to push their beliefs on anyone else, they need to grow up and what ever happen to forgiveness and giving people a chance.

Oh the small-minded people of this world amuse me. Insecurities fuel judgment against dancers, and men who are afraid of their own temptation, true Christians would try to be the light in the “darkness” instead of perpetuating the ignorance of the masses.

The Vault’s Facebook page is currently flooded with supportive messages, indicating that some residents are angry that the protest has painted their city as religious and conservative. And obviously the Vault may be deleting negative messages, but there aren’t any groups or pages on Facebook devoted to protesting the club. 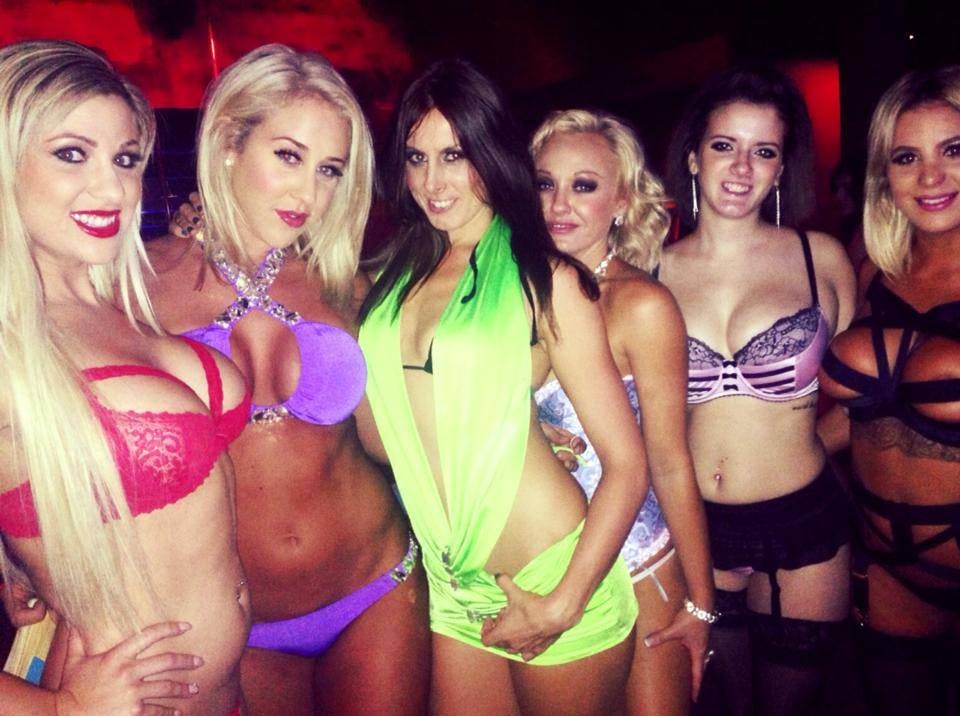 Since most of the articles about the strip club have concentrated on the protesters, the media portrayal of the club’s opening emphasizes the resistance to it. But looking at the response from residents on social media, it appears more people are annoyed at the way they’re being portrayed as anti-strip-club than there are people who are genuinely riled up about the strip club. As on Facebook, Twitter mentions of the Vault and its hairdresser tend to be supportive or criticizing the criticism.

So funny The Vault includes a topless hairdresser. Cue outraged christian groups. This should liven up local news for a while. #toowoomba

This doesn’t mean the protests aren’t happening, and the strip club did have to fight an appeal in order to open in the first place. But there’s a noticeable lack of outrage on social media. It may be that the protesters are largely an older crowd focused on-the-ground organizing and calling traditional media instead of lodging their complaints on social media. But the residents of Toowoomba who are jumping on social media to discuss the strip club are singing a very different, pro-topless-haircutting tune.