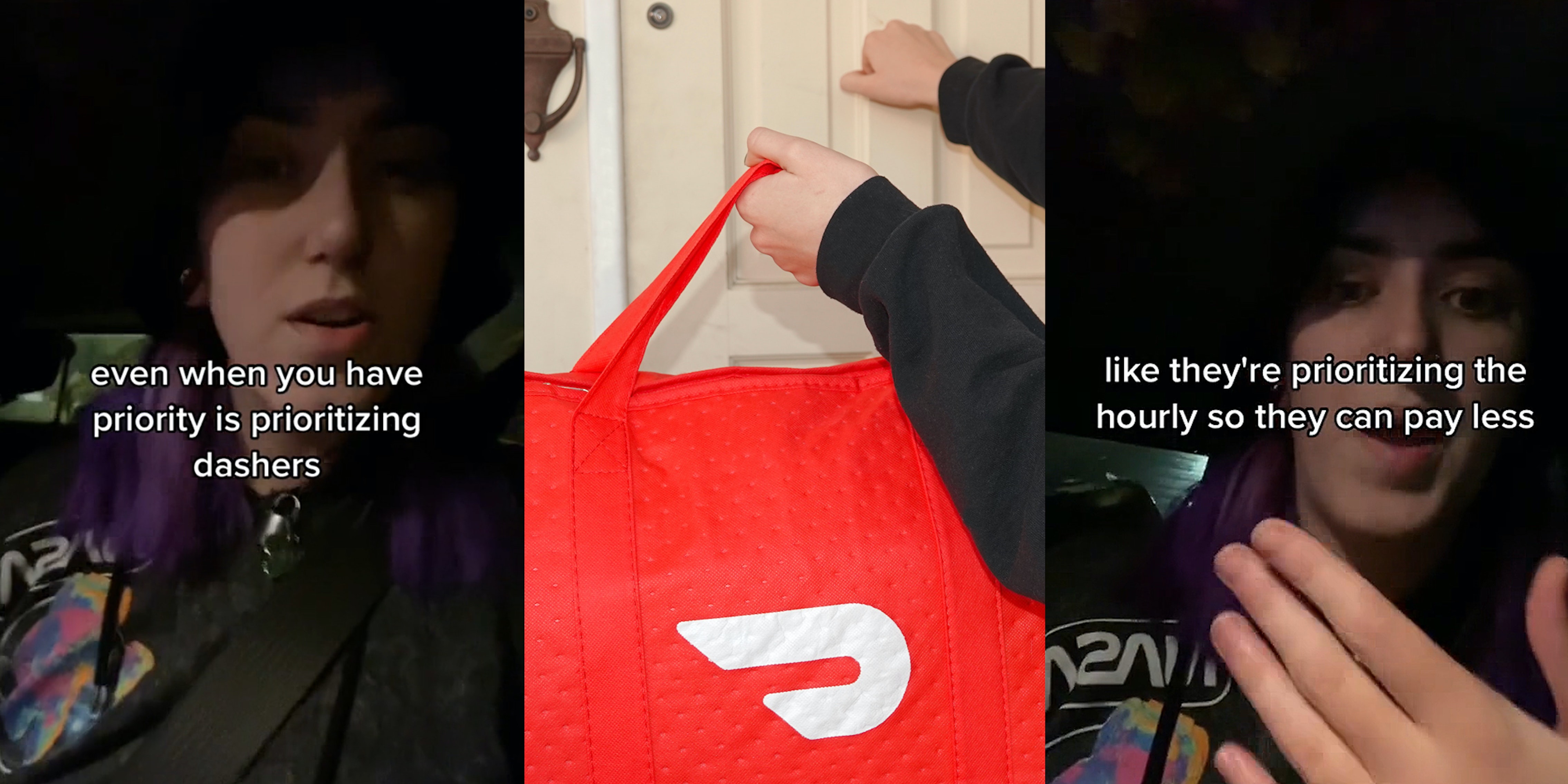 ‘We already use our own vehicles and gas for this. We should be treated better’: DoorDash driver says company is prioritizing hourly workers through ‘Time Earnings Mode’

'The only winner here is the crappy customer that didn't tip.'

Recently, DoorDash began piloting a new feature for drivers called “Time Earnings Mode.” This feature allows drivers to earn a consistent rate over their entire active delivery time, rather than a set fee for each delivery.

While DoorDash claims that the program is designed to offer drivers “a reliable way…to dash and earn extra money,” Dashers have been largely critical of the program.

There are many issues that DoorDash drivers have noted.

First, the time only starts upon accepting an order, meaning that time spent waiting for orders to come in is not accounted for.

Second, and seemingly most importantly, drivers are only allowed to reject one order per hour or their dashing session will end. As many DoorDash drivers rely on tips to earn a consistent wage, drivers speculated that a switch to hourly rates will require them to accept more low-tip or tip-free orders.

According to a user on Reddit who tested the theory, this is exactly what happened.

In an alleged experiment lasting two weeks, Reddit user u/sadful said that their net earnings—after subtracting the cost of gasoline—amounted to $24 an hour when Dashing as normal. In “Time Earnings Mode,” they earned $20 an hour while putting significantly more miles on their car.

“door dash claims this is a ‘win win win’ for them us and the customer. It’s clearly not,” u/sadful writes. “Not only is it a noticeable cut in my income, it’s also costing doordash waaay more money. The only winner here is the crappy customer that didn’t tip, who’s order you now most likely cannot decline.”

Despite this, it seems DoorDash is continuing its rollout of the program—and, according to TikToker Dani (@babycalff), punishing those who choose not to go along with it.

In a video with over 40,000 views, Dani says that they are a priority dasher with high ratings. However, their refusal to use “Time Earnings Mode” means they aren’t getting any orders.

@babycalff I have high ratings so im considered a priority dasher and didn’t get a single order for over an hour when it was busy because I had it set to pay by order. It’s messed up that doordash is screwing over their drivers to pay them less. We already use our own vehicles and gas for this. We should be treated better. #doordash #doordashdriver #dasher #doordashlife #dasherlogistics #doordasher #doordashfail ♬ original sound – babycalff

“DoorDash, even when you have priority, is prioritizing dashers using the hourly so that they can pay out their drivers even less than they do to begin with,” Dani says.

As evidence, they cite their own experience.

“I had mine scheduled for 24 hours. I had my DoorDash on for a whole hour. Didn’t get one single order,” they recall. “And then my partner turned theirs on for the pay by hour and got an hour within a minute, and they didn’t have it scheduled.”

While DoorDash has not confirmed this, and some users say Dani simply needs to make sure their app is up-to-date, many users in comments say they’ve shared Dani’s experience.

“OMG I swear this happened to me the other night on a SATURDAY,” wrote one user. “I thought I was going crazy but you confirmed it for me.”

“I’m seriously considering deactivating my account. I was a top dasher last month and this month has been hell. Haven’t been able to dash once,” claimed a second.

“Wow makes sense why I haven’t been getting any orders lately,” stated a third.

The Daily Dot reached out to u/sadful via Reddit chat, Dani via Instagram direct message, and DoorDash via email.

Update 10:39am CT November 18: In an email to Daily Dot, DoorDash shared the following:

“We know that Dashers have different needs and preferences in how they dash. Inspired by feedback from Dashers, Earn by Time is a pilot to provide Dashers with a new way to earn on DoorDash, giving them the option to either earn a set amount per hour, plus tips when delivering or earn per order as they typically would. No matter how they choose to earn, Dashers will receive 100% of tips, as always. We look forward to learning and hearing more from Dashers, and remain committed to enhancing the Dasher experience as best we can.”