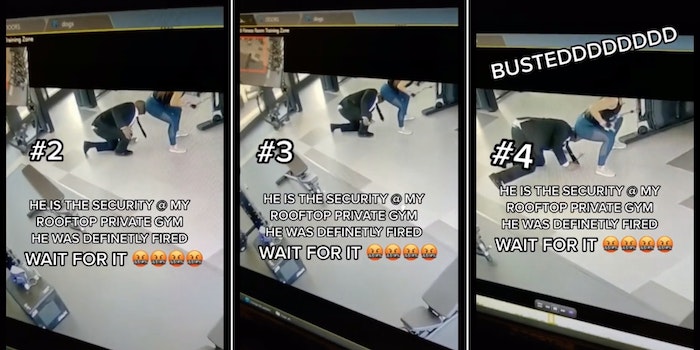 'I would be pressing charges this is so unacceptable and dangerous.'

A viral TikTok shows a security guard at a residential gym get busted after sniffing a woman’s butt during her workout—not once, not twice, but four times.