If you were alive at some point tonight, you probably saw a photo of this fugly shitrag. 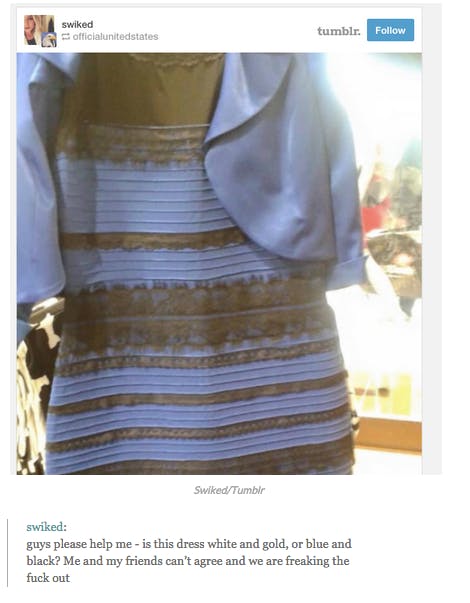 You probably have a strong opinion about whether it’s the color of the Pontifex’s hat or the Backstreet Boys’ fourth studio album. (Let me stop you right there—it’s blue.)

You’ve probably gotten into multiple arguments with your friends, and, if you’re anything like me, you’ve gotten so invested in the debate that it’s gotten in the way of an evening of vigorous sexual intercourse.

But do you know how to buy #TheDress for yourself or someone you hate? Now, you do.

The Dress (which, we have all now almost 100 percent determined, is officially blue) is a bandage dress from a store called Roman Originals, a U.K.-based website that sells things like this fugtastic bolero jacket and this repul “biscuit fluffy trim cardigan.” The Dress costs about 50 pounds (or $77 USD), and it comes in ivory, scarlet, pink, and the original royal blue.

It is also remarkably unflattering. Even this model looks P.O.’ed to be wearing it. She doesn’t care if it comes in white and gold or blue and black or poop and blood. Girl just wants to go home and watch Empire with her dude and a glass of pinot Grigio. 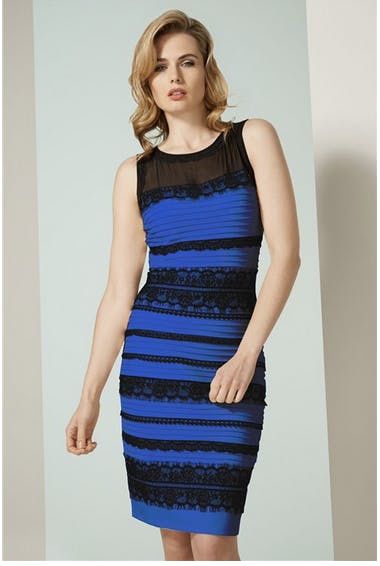 Anyway, Roman Originals is a “design led and fashion forward retailer” based in Birmingham, United Kingdom, according to its website. It’s a plus-size line, offering sizes from U.K. women’s 10 (or a U.S. women’s 8) to 22. It’s been around since 1995, and has more than 100 shops throughout the U.K. It’s also blissfully unaware of the commotion it’s caused on this side of the pond, if this photo of a grumpy monkey on its last Facebook post is any indication.

Sorry, monkey. It’s not the weekend yet. But you’ll be in a much better mood when you see the traffic on the Romans site tomorrow.

Thanks for the fugtastic dress, Romans. And thanks for an unforgettable evening, Twitter idiots.