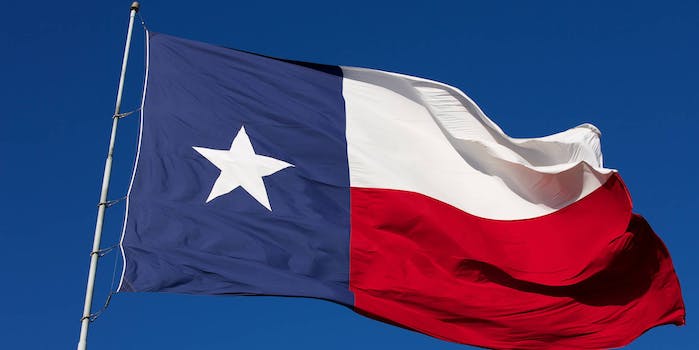 A similar law in Indiana, signed by Mike Pence, was suspended earlier this year.

On Dec. 19, a new rule will go into effect in Texas requiring anyone getting an abortion to bury or cremate the fetal remains on their own dime. The final rules, filed with the Secretary of State’s office yesterday, will prohibit hospitals and abortion clinics from disposing of remains in sanitary landfills, regardless of the period of gestation.

According to the Texas Tribune, health officials say the rule won’t apply to miscarriages or abortions that happen “in the home,” though that leaves the rule open to applying to “missed miscarriages” that require a D&C procedure. The rules were supported by Gov. Greg Abbott, who said in an email this past summer, “I believe it is imperative to establish higher standards that reflect our respect for the sanctity of life.” According to the Austin Chronicle, the rule could cost anyone getting an abortion an extra $2,000, since the state will not be paying for burial or cremation.

The Daily Dot has reached out to Planned Parenthood Texas about the increased burdens to abortion providers and patients but hasn’t heard back as of this posting. The proposed rules were met with heavy opposition from pro-abortion activists, medical professionals, and reproductive rights lawyers. The Center for Reproductive Rights argues that the rules are unconstitutional, placing an “undue burden” on abortion patients, a standard that was ruled upon in SCOTUS’s Whole Woman’s Health vs. Hellerstedt decision this summer.

Abortions are already incredibly difficult to attain in Texas. As of June, Texas has 19 abortion clinics, most near larger cities. Restrictions don’t allow for medication abortion, and requires anyone seeking an abortion to have an ultrasound and a 24-hour wait period to have the procedure. Abortion providers are also required to tell patients about abortion alternatives and medical risks, even though studies have shown giving birth is more dangerous than getting a legal abortion.

Earlier this year, Vice President-elect Mike Pence signed a law requiring burial or cremation of aborted fetal remains. A federal judge suspended the law from going into effect, saying it would likely be ruled unconstitutional.

Update 3:44pm CT, Dec. 15: A U.S. District Judge has blocked Texas from implementing this rule, which would have gone into effect on Monday. Judge Sam Sparks has suspended the rule until January 6, “by which time he will have heard two days of testimony and made a decision about whether to block it permanently,” according to the Austin American-Statesman.