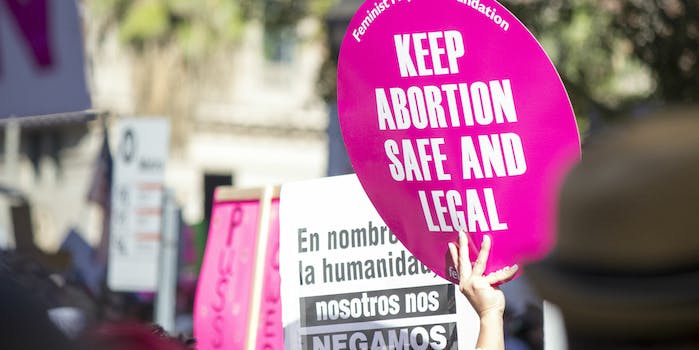 Sorry, Texas women—you’ll have to pay for ‘rape insurance’ to have a ‘non-emergency’ abortion

Are women supposed to anticipate being victims of rape?

Texas women seeking coverage for “non-emergency” abortions will now have to pay an extra insurance premium, according to House Bill 214, signed by Gov. Greg Abbott on Tuesday.

The law’s supporters argue that people against abortion shouldn’t have to subsidize it through their insurance. However, the law doesn’t include exceptions for fetal abnormalities, rape, or incest—as these aren’t classified by the state as “emergencies”—leading the opponents to call the law “rape insurance,” as women aren’t able to actually anticipate needing an abortion, let alone being raped.

“Women don’t plan to be raped. Parents don’t plan for their children to be victims of incest,” state Rep. Chris Turner, D-Grand Prairie, said during consideration of the law, according to the Texas Tribune. “Asking a woman or a parent to foresee something like that and buy supplemental insurance to cover that horrific possibility is not only ridiculous, it is cruel.”

In a statement, the governor said the policy ensured that Texans won’t have to pay for a procedure “that ends the life of an unborn child.” Abbott also passed another abortion bill requiring providers to share detailed patient information on abortion complications with the state.