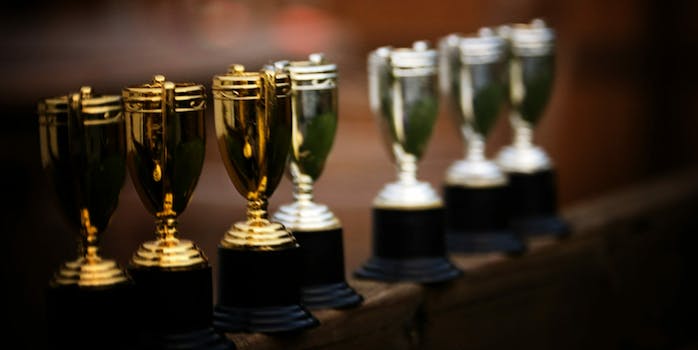 It was a joke, but a very poor one.

Maybe it’s time to take this whole “offensive school superlatives” thing back to the drawing board.

A Texas middle school is apologizing and one teacher has been suspended after a awarding a seventh-grade student the title of “most likely to be a terrorist.”

According to Click2Houston, 13-year-old Lizeth Villanueva, a student at Anthony Aguirre Junior High in Channelview, Texas, near Houston, was bequeathed the insulting and problematic title during a joint “fake mock” awards ceremony for her honors program class and another honors class.

Villanueva, who is Salvadoran American, said her teacher primed the class for the ceremony by saying the awards “might hurt [students’] feelings.” She told the Washington Post the teachers handed out other offensive honors, like “most likely to cry for every little thing,” and “most likely to become homeless.” When the teacher presented these accolades, Villanueva said she “just laughed.”

Villanueva received her “future terrorist” award on May 23, the day following the Manchester bombing.

It was an award given to 13-year-old Lizeth Villanueva by her teacher at a Houston-area junior high school.

Villanueva’s mother Ena Hernandez said she was furious and hurt, as was their family—when her daughter handed her the paper with the superlative, she didn’t understand how it could be a joke.

“That program is supposed to be for advanced kids,” Hernandez said. “It is kind of hard to believe that [the teacher is] doing that. Being a teacher—giving this to a 13-year-old. How is she going to feel when she grows up later on?”

While school ends this week, Villanueva hasn’t been back since Tuesday because she feels uncomfortable.

Channelview Independent School District spokesman Mark Kramer told Click2Houston that it was a “poor attempt to poke fun” at students that “wasn’t well thought out.” A statement from the school district apologized for the awards, and said the teachers have been disciplined. Villanueva said her teacher has been suspended, but thinks that’s not enough.

“Get fired, at least, or something,” she told KHOU.