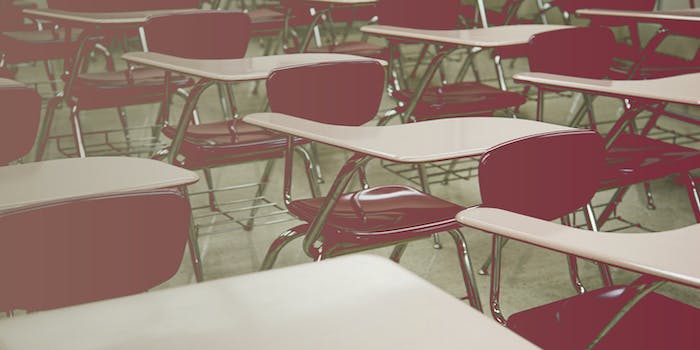 The student's mom was not pleased.

Two faculty members at a middle school in Rockdale County, Georgia, will no longer be returning in the fall after awarding a student with ADHD a “Most Likely to Not Pay Attention” award.

According to Washington, D.C. affiliate FOX 5, the mother of the Memorial Middle School student, Nicole Edwards, said her 8th grader received the tasteless award during a school assembly on Tuesday.

When the 14-year-old came home, Edwards learned her daughter was initially voted “Most Likely to Ask a Question That Has Already Been Answered,” which she found inappropriate. When she saw the award read, “Most Likely to Not Pay Attention,” she became more upset. According to Edwards, the school had contacted her previously regarding problems related to her daughter’s ADHD.

A spokesperson for the district’s Rockdale County Public Schools confirmed with the news station that two teachers directly involved in the award won’t be returning the following school year.

An education columnist for the Atlantic Journal-Constitution argued the award may have come from the students themselves, and wrote that she has a “running list” of other similar negative superlatives that students hurtfully give other students.

Edwards told the news station her daughter is well, but she herself is hurt by the school’s actions targeting her daughter’s attention disorder.

“I feel like it was very derogatory, I feel like it was humiliating and this was held as an assembly with the school,” Edwards said. “Someone needs to investigate and make sure it never happens to another student again.”